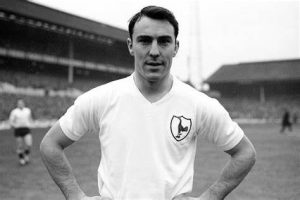 “We can confirm that our record goal scorer Jimmy Greaves is currently being treated in hospital.”

In all, he scored 366 goals in European football, a record only recently surpassed by Cristiano Ronaldo.

He was an integral part of the ’66 World Cup team but missed the later stages through injury.

His absence allowed Geoff Hurst a chance to play up front.

Hurst scored a hat-trick in the final – the only player ever to do so – to win the Jules Rimet trophy.

After retiring Greaves had a successful television career. 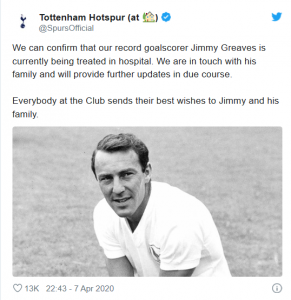