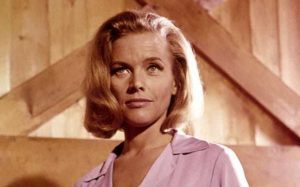 Bond girl Honor Blackman – who played Pussy Galore in Goldfinger – has died. She was aged 94.

Honor was the oldest actress to play a Bond girl at 38.

But she certainly gave Sean Connery – five years her junior – a run for his money in the 1964 film.

Honor was a stage actress who turned to television.

She played the iconic Cathy Gale in The Avengers – a “spoof spy-romp” that caught the nation’s attention in the Swinging Sixties.

Each episode Gale, dressed in a black-leather suit, would dispense villains with her judo and karate moves. 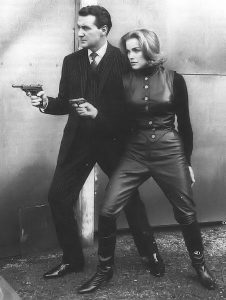 She died from natural causes at her home in Sussex.

“It’s with great sadness that we have to announce the death of Honor Blackman aged 94.

“She died peacefully of natural causes at her home in Lewes, Sussex, surrounded by her family.

“She was much loved and will be greatly missed by her two children Barnaby and Lottie, and grandchildren Daisy, Oscar, Olive and Toby.

“As well as being a much-adored mother and grandmother, Honor was an actor of hugely prolific creative talent; with an extraordinary combination of beauty, brains and physical prowess, along with her unique voice and a dedicated work ethic, she achieved an unparalleled iconic status in the world of film and entertainment and with absolute commitment to her craft and total professionalism in all her endeavours she contributed to some of the great films and theatre productions of our times.”

“Today we mark the passing of a film icon, Honor Blackman who shall forever be remembered as Pussy Galore in Goldfinger.

“She was an extraordinary talent and a beloved member of the Bond family.

“Our thoughts are with her family at this time.”

Honor also starred in many theatrical productions, including The Sound of Music, My Fair Lady and Cabaret.

She toured her own show, Honor Blackman As Herself, in which she looked back at her life and career.