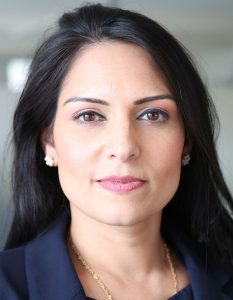 The Home Office has granted the Community Security Trust (CST) £14 million for security measures to help keep members of the Jewish community safe in their daily lives.

The grant will cover protective security for the next financial year at Jewish institutions such as schools and synagogues.

CST, a charity that checks and helps protect against antisemitism, recorded 1,805 anti-Semitic incidents in the UK in 2019, a 7% increase on the previous year.

“Anti-Semitic incidents are not just an attack on the Jewish community, but on everyone who believes in a free and open society.

“This funding will help Jewish people practise their religion and way of life without fear of attack or persecution.”

“No one should feel afraid for practising their religion.

“We are committed to ensuring our places of worship remain safe spaces for worship, contemplation and reflection.

“Only by working together can we ensure that hateful behaviour like antisemitism can be fully eliminated from our society.”

The grant was introduced in 2015 following a series of terror attacks against Jewish targets across Europe.

It has been renewed yearly following security assessments by the Home Office.

“The British Jewish community is deeply grateful for the renewal of Home Office funding for security guards at Jewish schools and other communal premises facing the continuing threat of terrorism.

“CST will continue managing this grant, which alleviates a serious financial security burden from Jewish communities across the country.”