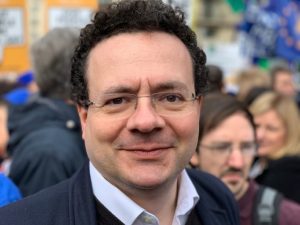 The Liberal Democrats have suspended the search for a new leader to replace Jo Swinson.

The party was hoping to start its quest in May and announce a successor in June.

That has now been postponed until next year so it can give its full attention to the coronavirus pandemic.

Ms Swinson was forced the step down after losing her seat in last December’s general election.

Party rules dictate the leader must be a sitting MP.

“The country is currently going through our biggest crisis since 1945.

“Our party has decided that we must put all our attention into dealing with fallout from coronavirus.

“The Liberal Democrats have always put the national interest first and I am proud of the role we have played in championing NHS and care workers, as well as sticking up for the self-employed.

“We will continue to scrutinise Government policy and fight for the most vulnerable in our society.”