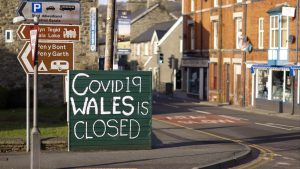 Pressure is growing on Boris Johnson to put the UK into lockdown after many people ignored calls for “social distancing”.

Tens of thousands of people defied Government calls to keep apart and flocked to the countryside over the weekend.

It prompted politicians in Wales and Scotland to urge visitors to “stay away”.

The Prime Minister said he is considering “very, very actively” what steps to take if people continue to gather in numbers.

There are growing fears that Britain is on a similar trajectory to Italy – scene of the world’s worst outbreak – where the death toll passed 5,000 over the weekend.