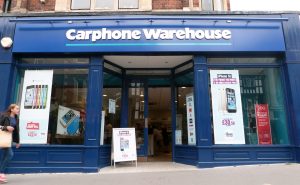 Dixons Carphone is to shut all its 531 mobile-only shops to shed nearly 3,000 jobs.

The decision is a U-turn after the company said closure was not on the agenda during a turnaround strategy.

“We are not sitting here with any major plans to close a load more stores. We like stores.”

However, the company now admits customers’ shopping habits were changing “very fast and we have to change with them”.

Mr Baldock said: “Even though it’s a very tough decision, it is right for the long-term.

The company said: “We will help them find new jobs through an outplacement programme.

“We recognise our responsibilities towards our colleagues and communities, and intend to fulfil them.”

“After a number of years of double digit declines in its mobile business, Dixons Carphone’s decision is a necessary step to protect profits and adjust to the changing dynamic of the mobile phone market.”