Britain and Eire added to US travel ban list 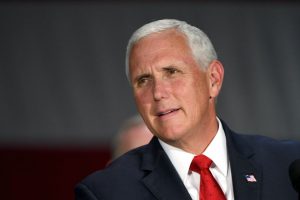 The US government has added Britain and Eire to its European travel ban list.

He’d imposed a 30-day ban on travellers from 26 European countries.

“In our taskforce meeting today, the president has made a decision to suspend all travel to the UK and Ireland, effective midnight Monday night, eastern standard time.

“Americans in the UK or Ireland can come home, legal residents can come home … they will will be funnelled through specific airports and processed.”

Mr Pence said there had been a “unanimous recommendation” from health experts to extend the travel ban.