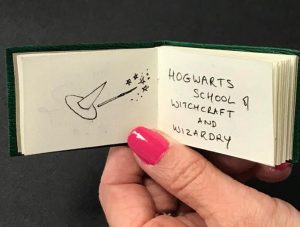 A miniature Harry Potter book hand-drawn and hand-written by JK Rowling is expected to fetch £130,000 at auction.

The words and pictures were later used in her first book “Harry Potter and the Philosopher’s Stone”.

It has extracts from the letter sent from Hogwarts for Harry’s first term. 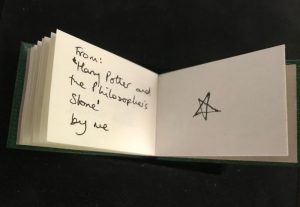 The final page bears the inscription: “From Harry Potter and the Philosopher’s Stone, by me.”

Also features Rowling’s sketches of a wand, cauldron and a witch’s hat. 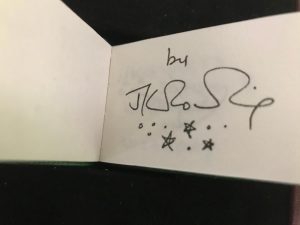