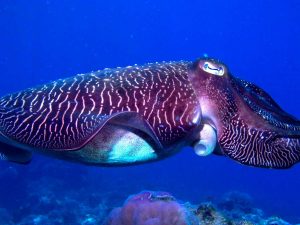 Cuttlefish caught in the English Channel are being fished at an “unsustainable rate”, warns a conservation society.

There has been a high increase in the numbers trawled over the last decade.

Although cuttlefish is not widely eaten in the UK it has a £15 million market in Europe.

The mollusc has now been added to the red list – “fish to avoid” – by the Marine Conservation Society (MCS).

At present there are no limits on the minimum size or the number of cuttlefish that can be caught.

And, the MCS warns there are no plans for sustainable management.

“Additionally, numbers of cuttlefish reported in 2017 could be the lowest on record.”