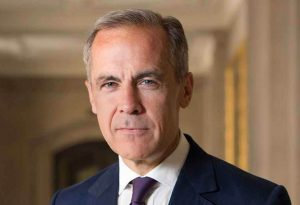 The Bank of England has cut the main interest rate during the worldwide coronavirus outbreak.

The Bank made its move admitting “although the magnitude of the economic shock from Covid-19 is highly uncertain, activity is likely to weaken materially in the United Kingdom over the coming months”.

It will also introduce new funding of up to £100 billion for small businesses.

The decisions were made with the Treasury and ahead of the Chancellor’s Budget.

It’s expected that Chancellor Rishi Sunak will announce further steps to support the country during the virus crisis.

In a statement, the Bank of England said:

“The Bank of England’s role is to help UK businesses and households manage through an economic shock that could prove sharp and large, but should be temporary.

“The Bank’s three policy committees are today announcing a comprehensive and timely package of measures to help UK businesses and households bridge across the economic disruption that is likely to be associated with Covid-19.

“These measures will help to keep firms in business and people in jobs and help prevent a temporary disruption from causing longer-lasting economic harm.

“Following the spread of Covid-19, risky asset and commodity prices have fallen sharply, and government bond yields reached all-time lows, consistent with a marked deterioration in risk appetite and in the outlooks for global and UK growth. Indicators of financial market uncertainty have reached extreme levels.

“At its special meeting ending on Wednesday 10 March, the Monetary Policy Committee (MPC) voted unanimously to reduce Bank Rate by 50 basis points to 0.25 per cent.

“The MPC voted unanimously for the Bank of England to introduce a new Term Funding scheme with additional incentives for Small and Medium-sized Enterprises (TFSME), financed by the issuance of central bank reserves.

“The reduction in Bank Rate will help to support business and consumer confidence at a difficult time, to bolster the cash flows of businesses and households, and to reduce the cost, and to improve the availability, of finance.

“When interest rates are low, it is likely to be difficult for some banks and building societies to reduce deposit rates much further, which in turn could limit their ability to cut their lending rates.

“In order to mitigate these pressures and maximise the effectiveness of monetary policy, the TFSME will, over the next 12 months, offer four-year funding of at least 5 per cent of participants’ stock of real economy lending at interest rates at, or very close to, Bank Rate.”