Stairway to Heaven not copied by Zeppelin’s Jimmy Page 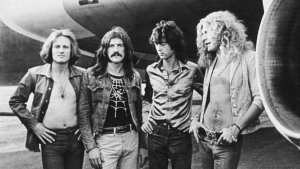 Led Zeppelin have won an action that accused them of stealing their signature song “Stairway to Heaven”.

The band was accused of copying the rock classic from a song called “Taurus”, written by Randy Wolfe.

Wolfe was a guitarist in the band Spirit.

Led Zeppelin played live with Spirit and it was claimed guitarist Jimmy Page stole the riff after hearing “Taurus”.

Wolfe died in 1997, but Michael Skidmore – a trustee of his estate – sought damages.

The US lawsuit claimed that the famous introduction to “Stairway to Heaven” was too like the riff in Taurus.

“Obviously, the court got it wrong.

“This is a big loss for creators, those who copyright laws are meant to protect.”

The panel of 11 judges decided by a verdict of 9-2 for Page.

“This case was carefully considered by the District Court (judge) and the jury.

“The trial and appeal process has been a long climb up the Stairway to Heaven.”