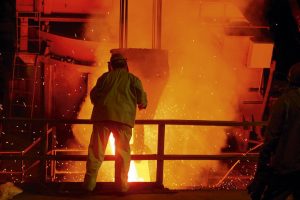 More than 3,200 jobs have been saved following the Chinese takeover of British Steel.

The Jingye Group has completed the deal to take on the steelworks at Scunthorpe in Lincolnshire.

Another 100 jobs will transfer to Barrett Steel following the sale of four British Steel distribution centres.

“The sounds of these steelworks have long echoed throughout Yorkshire and Humber and the North East.

“Today, as British Steel takes its next steps under Jingye’s leadership, we can be sure these will ring out for decades to come.”

Unions feared hundreds of jobs would be lost.

The Jingye deal has kept the figure down to about 400 jobs gone.

Jingye chief executive Li Huiming said: “It has not been an easy journey since we first announced our intentions in November.”

British Steel fell into insolvency in May last year after the government decided against providing £30m to the company under its then-owner, Greybull Capital.