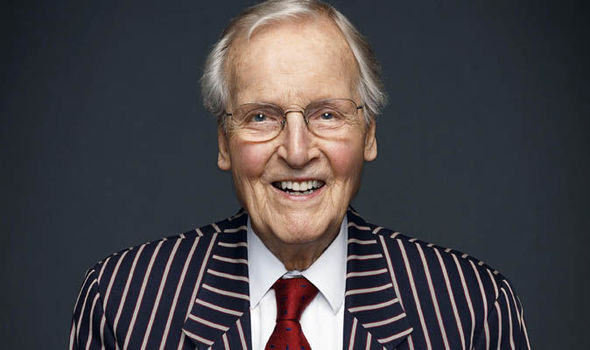 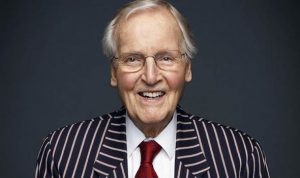 The star of the Radio 4 show “Just a Minute” was with his family.

He’d presented the programme, where panellists talk for one minute without hesitation, deviation or repetition, since its 1967 debut.

He only missed two recordings over those 53 years.

“Nicholas passed away in the early hours of the 28th of January after a short illness at the age of 96.

“He was with his beloved family who will miss him enormously and who wish to thank the wonderful staff at the Stoke Mandeville Hospital.”

He was best known for his time as quiz master in “Sale of the Century”.

“He ruled Just A Minute for Just a Lifetime. “A stunning achievement – never scripted, always immaculate.

“From comedian’s sidekick to great institution, via Sale of the Century and much more.

“Without hesitation, deviation or repetition I’d like to say that Nicholas Parsons was a broadcasting giant who proved that the straight man could be the real star of comedy. “

“Very few people have done so much to entertain audiences over the decades, and no one deserves to be called a broadcasting legend more than Nicholas Parsons.

“His charm, inventive intellect and ability to create laughs were unsurpassed.

“Our thoughts are with his family and all who knew him.”