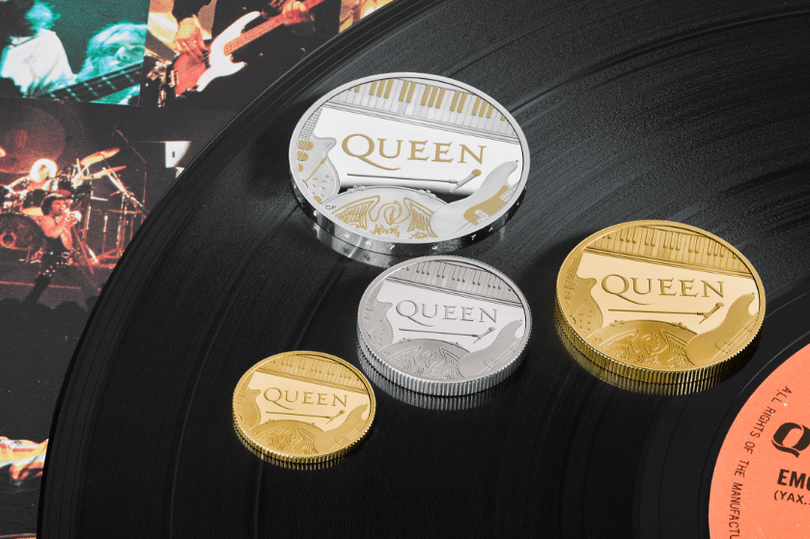 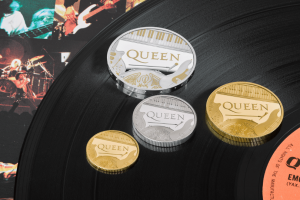 The iconic rock band is the first ever to be used on a coin.

Brian May said: “This is a big ‘Who could have imagined it?’ moment for us.

“When we began as Queen, even the first rung of the ladder to recognition seemed remote and unreachable.

“To have our band recognised and our music celebrated in this way is very touching – a real honour.”

Drummer Roger Taylor quipped: “Marvellous, all this fuss over our band. I feel entirely spent.”

The three notes shown pressed down on the keyboard are the opening notes of the 1975 hit Bohemian Rhapsody.

Designer Chris Facey explained: “My first memory of Queen was hearing ‘Bohemian Rhapsody’ in the film ‘Wayne’s World’, and I’ve been a big fan ever since.

“It’s therefore such an honour to be asked to commemorate such an extraordinary band on a UK coin, and even more exciting as it’s the first coin I’ve designed.

“All four members of Queen were vital for their bravery in the music they created and the boundaries they pushed, and I hope that fans will enjoy seeing each of their contributions paid tribute to on this coin.”

Prices start at £13 for the uncirculated coin, up to £2,020 for the Gold proof version.