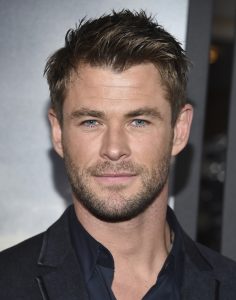 And the Aussie born star has called on all his fans to do whatever they can to help the relief efforts.

Out of control fires are tearing across the South East region of the country.

So far, 25 people have been killed, an estimated one billion animals have perished, and millions of acres of land has been torched. 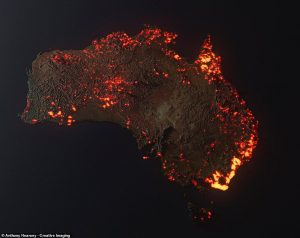 A computer graphic based on NASA information

Hemsworth, 36, posted to Instagram how firefighters were “really still in the thick of it”.

And, they faced “plenty of challenging times ahead”.

He added: “Like you, I want to support the fight against the bushfires here in Australia.

“My family and I are contributing a million dollars.

“Hopefully you guys can chip in too.

“Every penny counts so whatever you can muster up is greatly appreciated.

“In my bio I’ve added links to support the fire fighters, organisations and charities who are working flat out to provide support and relief during this devastating and challenging time.

“Beyond appreciative to everyone around the world for their well wishes and donations. It really does make a difference, so dig deep! Love ya. (sic)”

“Captain Planet” sets up a virtual conference for 10,000 people to address environmental issues →