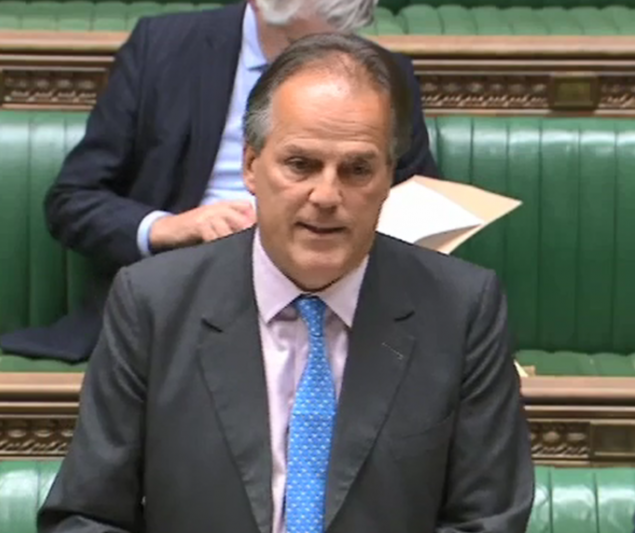 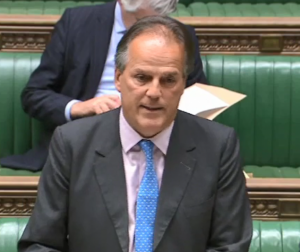 Former Tory MP Mark Field breached the ministerial code when he forced out a woman protestor at a city dinner.

Mr Field had was suspended as a Foreign Office minister after grabbing Greenpeace activist Janet Barker by the neck and frog-marching her out of the event.

He later stood down from Parliament and did not contest the December election.

The Cabinet Office investigation found that he was “justified in intervening to try to stop” Ms Barker reaching the top table.

But the report found he could have “simply blocked her way” during the incident in London’s Mansion House in June.

Or, he could have waited for “others to shepherd her out rather than pushing her by the neck out of the room and down the stairs”.

“The actions Mr Field took, and the force he used, were not consistent with the high standards of behaviour expected of ministers and with treating Ms Barker with consideration and respect”.

“As such it was a breach of the ministerial code.”

Mr Field will receive no punishment over the ruling because he is no longer a minister.

He was filmed pushing the woman against a column before holding her firmly by the neck and marching her out.

His suspension came after a Downing Street spokesperson said the then Prime Minister Theresa May had seen the footage.

She was said to have found it “very concerning”.

Bankers and politicians had gathered at London’s Mansion House to hear speeches by the Chancellor Philip Hammond and the Bank of England Governor Mark Carney.

But no sooner had the footage gone viral, than Mr Field was facing calls to resign.

The protester was among a group of Greenpeace women wearing red dresses who rushed into the annual black-tie Bankers and Merchants Dinner in the City.

She was later identified as Janet Barker. She lives with her husband Peter on a 12 acres’ farm in rural Wales.

The couple have more than 30 rabbits and knit items from their wool.

On the video Mr Field, can be heard saying “can you get this person out?”.

In a statement Mr Field said: “A major security breach occurred at the dinner I attended last night when a large number of protesters suddenly and noisily stormed into Mansion House.

“In the confusion many guests understandably felt threatened and when one protester rushed past me towards the top table I instinctively reacted.

“There was no security present and I was for a split-second genuinely worried she might have been armed.

“As a result, I grasped the intruder firmly to remove her from the room as swiftly as possible.

“I deeply regret this episode and unreservedly apologise to the lady concerned for grabbing her but in the current climate I felt the need to act decisively to close down the threat to the safety of those present.”

Mr Field later referred himself to the Cabinet Office for investigation.