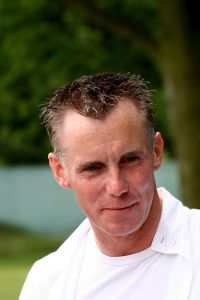 Celebrity chef Gary Rhodes died from a fatal head injury after he collapsed at home.

Rhodes, 59, suffered a subdural hematoma – usually linked to a brain injury – and taken to hospital.

It’s not known what caused the wound.

His family said in a statement:

“In order to end painful speculation surrounding the sudden passing of our beloved Gary Rhodes OBE, the Rhodes family can confirm that after a successful day shooting with Rock Oyster Media for ITV here in Dubai, Gary returned home in a very happy mood for a peaceful evening with his wife Jennie.

“After dinner, Gary unfortunately collapsed in their residence and was rushed to hospital but unfortunately passed away due to subdural hematoma.

“At this time, there are no other details and the family would again request privacy around this very tragic loss and again, thank friends and family for their ongoing support at this time.”

The Michelin starred chef died with his wife Jennie by his bedside.