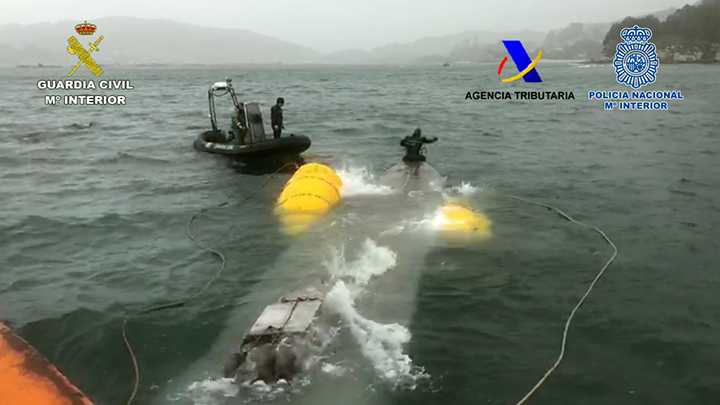 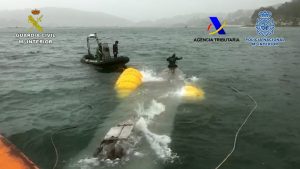 Cocaine worth hundreds of millions of pounds has been seized from a “mini-submarine”.

Three tonnes of the Class A drug were discovered – most of it destined for British streets.

The 65ft semi-submersible craft was stopped off the coast of North-West Spain.

Police forces from the UK, Spain, Portugal, Brazil and America were involved in the operation.

Two Ecuadorian men were arrested while trying to leave the sub and swim ashore.

A third person is still being sought by Spanish police.

Although common in the Americas, it’s the first time a submarine has been used in Europe to smuggle drugs.

Law agencies had been tipped off the vessel was crossing the Atlantic from South America.

Its journey was monitored, and officers were laying in wait when the craft beached.

The UK’s National Crime Agency (NCA) was part of the multi-national force.

“It is highly likely a lot of this cocaine would have ended up on the streets of the UK, fuelling serious violence and impacting on the most vulnerable members of society.

“Seizures like this are vital in disrupting and dismantling transnational crime groups trafficking deadly drugs, and ultimately protecting the public from the damage they cause.

“Our officers were able to co-ordinate the tracking and surveillance of this drug smuggling submarine utilising law enforcement and military naval and aerial assets.

“Seizures like this are vital in disrupting and dismantling trans-national crime groups trafficking deadly drugs, and ultimately protecting the public from the damage they cause.”

Spain’s Guardia Civil said 3,000kg of cocaine, divided into 152 bales, had been removed from the vessel. 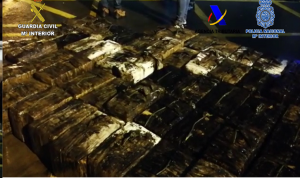