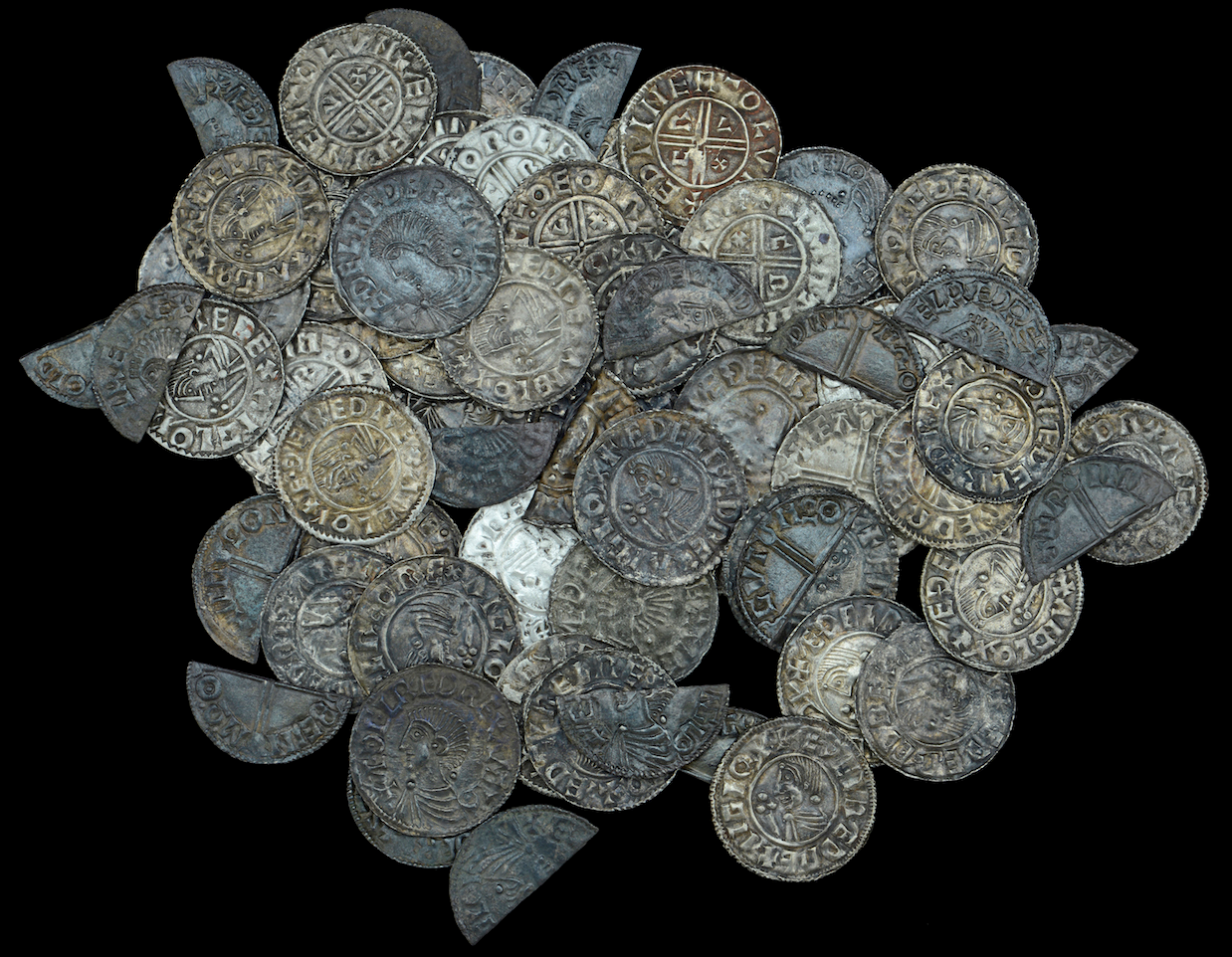 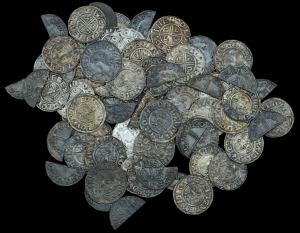 A haul of Anglo-Saxon coins buried more than a 1000 years ago are to be auctioned.

The British Museum verified the coins from the time of King Aethelred – AD 978 to 1016.

The hoard was probably hidden in 999AD by a pilgrim repenting their sins before the impending “doom” of a new millennium. 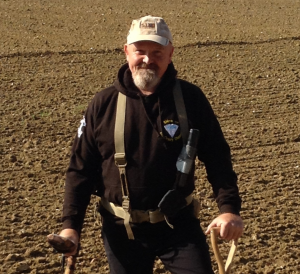 The land where Mr Crawley found the pennies was the site of a demolished Saxon church.

He said: “It was my first visit to this farmer’s land in Suffolk.

“After walking up an incline in the field, my Deus detector gave off a strong signal and within a short space of time I had recovered 93 coins.”

These coins can be traced to a specific place of manufacture.

One in Louth, Lincolnshire, was previously unrecorded.

The coins are being sold by Dix Noonan Webb in a two-day auction in Mayfair, London.