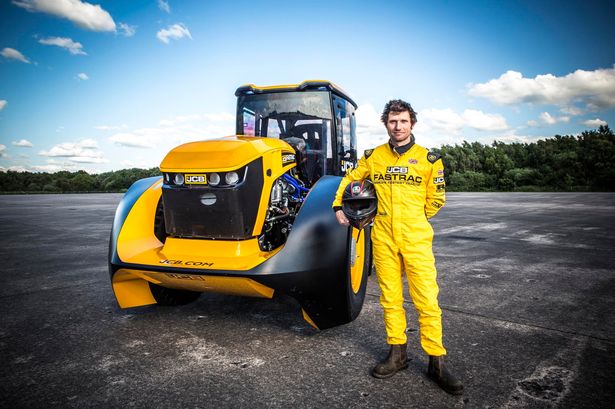 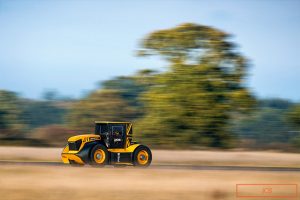 He raced into the record books after clocking 135 mph in a specially tuned JCB.

The Fastrac Two was designed and built by engineers at the JCB HQ in Staffordshire.

The record has been ratified by Guinness World Records.

“This has been a massive undertaking, and I was a very small cog in the machine.

“It was a proper privilege to be involved, so thank you very much to JCB and its engineering team, who got this tractor absolutely spot-on.

“Just look at it, they get stuff done, it’s brilliant, and it is still a working tractor, so could have gone straight into the nearest field to put in a shift.”

“When we reached 103.6mph with the Fastrac in the summer, I was convinced we could go even faster, and the JCB team has risen to the challenge by setting this new record.

“It’s an amazing achievement delivered by a young and enthusiastic engineering team.

“Everyone involved should be very proud of the part they have played in showing off British engineering at its very best.”