Life on Earth in danger from insect extinction 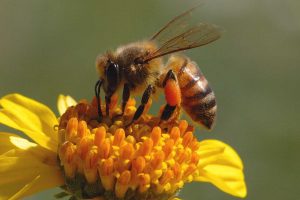 An insect “Armageddon” could affect all life on Earth, a report warns.

Over the last 50 years more than a half of all species have edged towards extinction.

The heavy use of pesticides has contributed to the “ecological disaster”.

“If we don’t stop the decline of our insects there will be profound consequences for all life on Earth — for human wellbeing.”

The research was carried out by ecologists at Sussex University for the Wildlife Trusts.

They found that 40 per cent of the one million known insect species face being wiped out.

A whole ecosystem of nature – including birds, bats, reptiles, small mammals and fish – would starve without insects to eat.

And nearly 90 per cent of plants needing pollination, mostly from insects.

Pesticides usage has doubled over the past 25 years.

At least 23 ­species of bees and wasps have disappeared during this time.

He said: “There is a potential opportunity to completely revise our farming system and use of pesticides.”