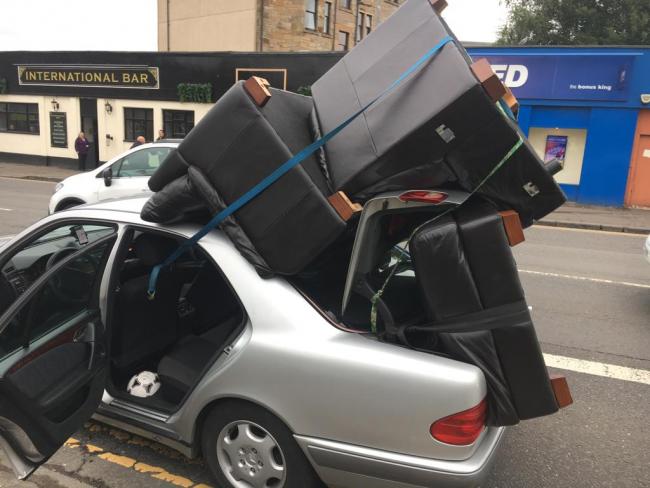 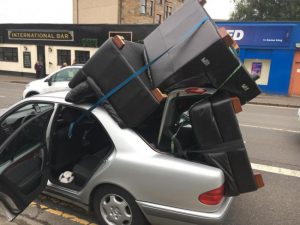 A driver was stopped by the police with his car carrying a sofa and armchairs strapped and wedged inside.

The three-piece suite was held in place by a few straps.

The car was slowly making its way down a Glasgow road when a patrol car spotted its precarious load.

The driver was given “suitable advice for the transport of couches”.

The 49-year-old man was also reported in connection with the load and other alleged driving offences.

Police shared a picture of the vehicle on Twitter with the hashtags #TheMoreYouLookTheWorseItGets and #WeNeedTheManWithAVan.

They tweeted: “Officers from Glasgow RP stopped this vehicle due to its load.

“Driver reported for load and other offences and suitable advice given for the transport of couches in the future.”