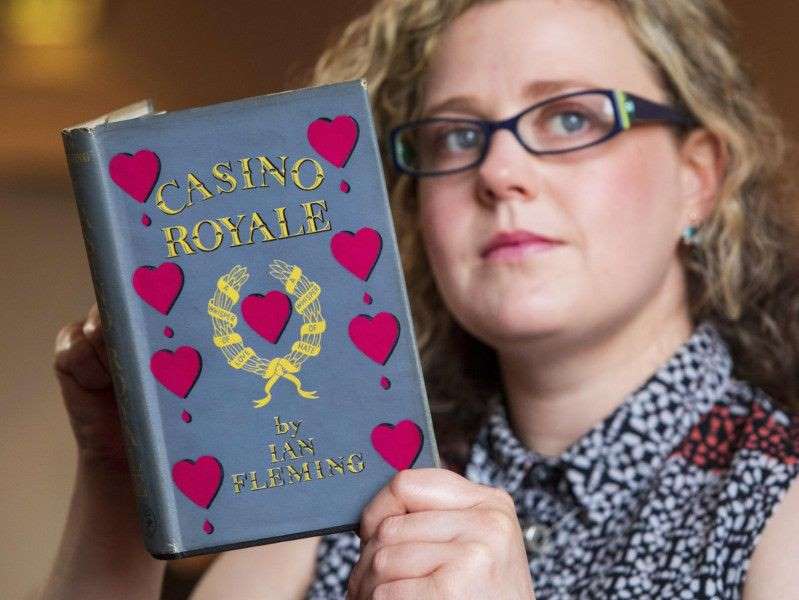 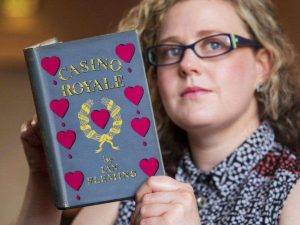 A rare first edition of Ian Fleming’s book Casino Royale has been sold at auction for £55,000.

The book – Fleming’s first about James Bond – was published in 1953.

It was written at his Goldeneye home in Jamaica.

Inside the cover the author had written:

An anonymous online bidder bought the book for more than three times its estimate.

“We are delighted with the sum for this rare first edition of Casino Royale, which we can confirm is a new world record for the title.

“The work was published in a run of just over 4,500 copies: a figure which seems large, but pales in comparison to the posthumously published The Man With the Golden Gun, which commanded a print run of 82,000 copies.

“Today, first edition copies of Casino Royale complete with dust-jacket are relatively rare – and inscribed copies are even more unusual.”

Casino Royale was an instant hit as its first run of 4,728 copies sold out within a month.