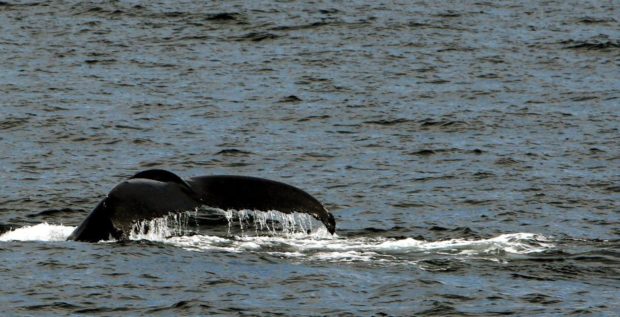 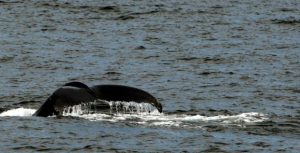 A marine rescue team is on standby after a humpback whale has been spotted in the Thames.

The mammal – about 20 ft long – was spotted near the Dartford Crossing in East London.

It has been swimming up and down the Thames for a couple of days.

Observers are keen to follow the whale – nicknamed “Hessy” – to ensure its safety.

Already boats and ships have been told to slow down.

The last time a humpback whale took to the river in 2009 it died of starvation.

Julia Cable said: “We watched it move down the river, the intervals between it surfacing are perfectly normal — it was about five or six minutes which is fine, it’s what they do.

“It seems to be moving along quite happily.

“It’s very likely that it just made a navigational error.”

Richard Sabin, principal mammal curator at the Natural History Museum, said the whale could survive on herring and krill.

He said: “I don’t think we need to be concerned at the moment.

“There are no signs of injury – it’s swimming and diving.”