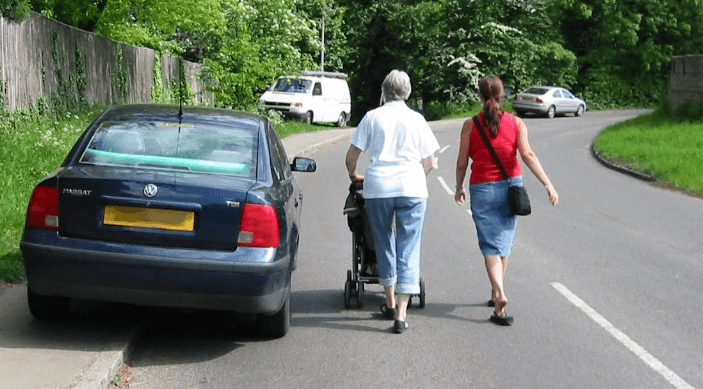 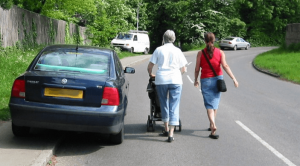 MPs have called for a ban on “pavement parking”.

They have accused the government of failing to act on a problem that has a “huge impact” on others’ lives.

The Transport Select Committee has published a report into pavement parking and wants to see the practice banned.

Pavement parking is when a vehicle is partially or wholly left on a pavement or footpath.

It affects, among others, visually impaired pedestrians, mums and dads with pushchairs and wheelchair users.

It’s illegal in London but not the rest of the country.

However, it is against the law to drive along the pavement whether there is an intention to park or not.

“We are deeply concerned that the Government has failed to act on this issue.

“In the short-term we have said that the Government should make it easier for local authorities to put in place parking restrictions by removing some of the bureaucratic burdens they currently have to contend with.

“In the long-term we believe the Government should ban pavement parking across England – as is already the case in London.”