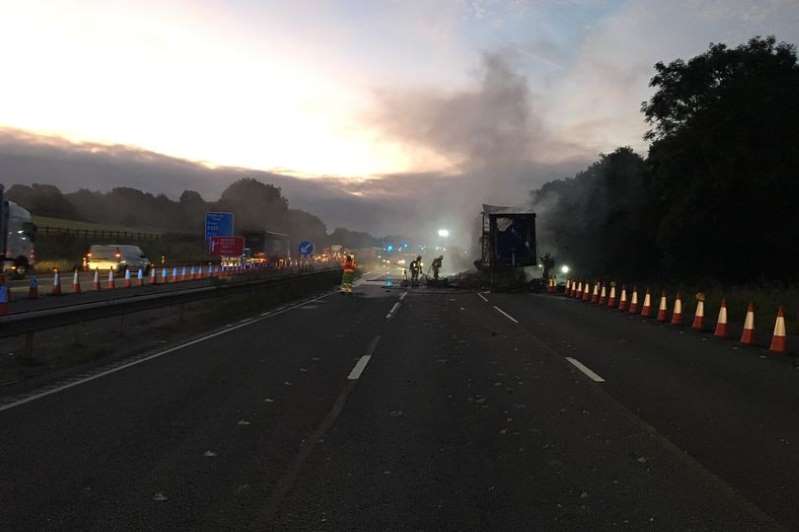 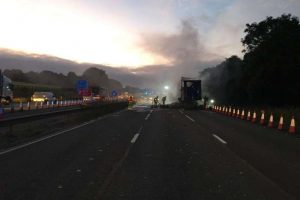 Officers issued a terse warning saying – “Your details have been taken”.

After the accident in Staffordshire, Sergeant Rob Powell, from the Central Motorway Policing Group, said:

“Please be patient and, for those drivers recording on their phones travelling southbound, your details have been taken and the CMPG will be dealing with you for the offence.”

Passing motorists slowed down to film the early morning incident.

The motorway was closed between junctions 14 to 16.

Diversions were operating and drivers told to expect long delays.