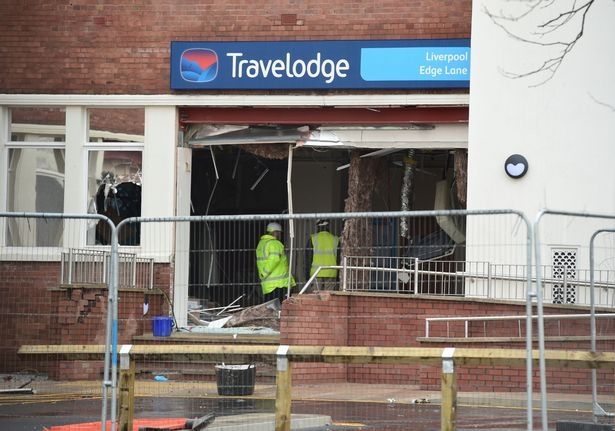 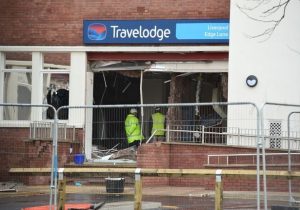 A disgruntled builder has admitted smashing his digger into a hotel’s reception after a pay dispute.

John Manley, 35, took the machine to wreck the Travelodge, due to open the following day.

He was caught on camera by several by-standers as he mounted the hotel steps and crashed his way through the glass entrance.

At the same time, he was shouting about being owed money.

The father-of-two from Netherton admitted the offences at Liverpool Crown Court.

Brendan Carville, defending, said: “He accepts he intended to cause that damage.”

And, he said his client knew he’d be sent to prison.

Mr Carville added: “There were social problems which caused this offence, notably the failure of his immediate employers to pay him over the Christmas period and asking him to work for nothing on the eve of this offence.

“He has two young children.”

Sentencing was adjourned until November 1st for a psychiatric report to be prepared.

Manley was remanded in custody.

The video below contains bad language