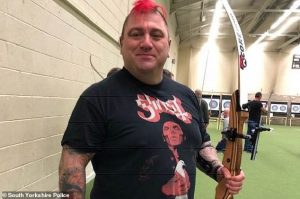 A widow whose husband died on a smart motorway is to sue the government for corporate manslaughter.

Jason, 44, and Alexandru Murgeanu were exchanging details on the hard shoulder after a minor collision when a lorry killed them both.

Mrs Mercer’s legal action threatens the government’s plan to roll out smart motorways throughout the country.

“The smart motorways experiment has failed and should now be scrapped.”

“Removing the hard shoulder robbed my husband and Alexandru of a safe refuge.

“Police told me the lane was not closed after they became stranded.

“If it had they would be alive today.”

A Highways England spokeswoman refused to say whether it detected the static vehicles or closed the lane.

She added it would be inappropriate to comment during a police investigation.

A 39-year-old man was arrested on suspicion of causing death by dangerous driving and has been released on police bail.

Smart motorways use technology and strategies to reduce congestion and increase capacity.

It also includes using the hard shoulder as a running lane to control the flow of traffic.