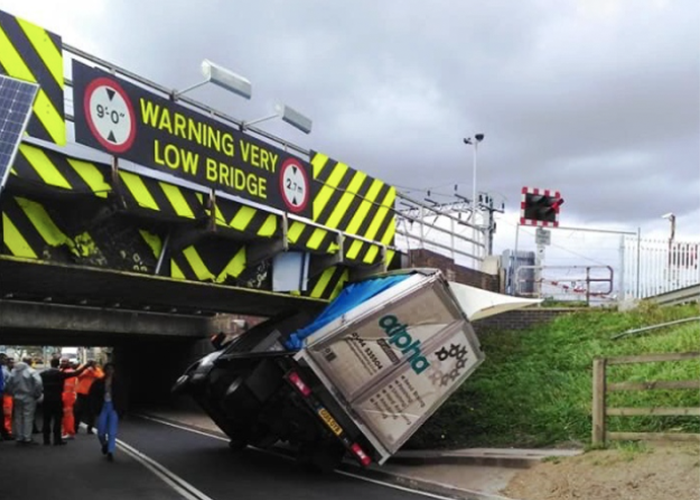 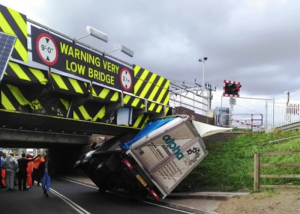 Lorry drivers following sat navs are crashing their vehicles into low bridges and houses in England’s market towns and villages.

One bridge has been hit more than 120 times, and an historic cottage has been struck 11 times.

The LGA wants the power to fine motorists who flout weight-restriction limits.

The LGA also wants lorry drivers to be told to use dedicated HGV sat navs that include information on bridge heights and narrow roads and guide motorists along suitable routes.

Councils throughout England say “lost lorries” are causing “havoc and mayhem” in towns and villages in England.

Stuntney Bridge in Ely, Cambridgeshire, has been hit more than 120 times by lorries and large vehicles .