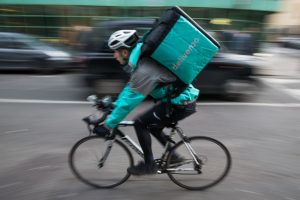 The UK tech sector has received a “staggering” £5.5 billion of investment in the first seven months of 2019.

The growth was spearheaded by American and Asian investments in “unicorns” – privately held startup companies valued at more than $1 billion.

The Department of Digital, Culture, Media and Sport’s digital economy council revealed that the UK has overtaken the US for investment per capita.

American and Asian investors ploughed £3.1 billion into British firms during the period, making up 55% of all funding.

“These fantastic figures show the confidence overseas investors have in UK tech with investment flows from the US and Asia at an all-time high.

“We have a longstanding reputation for innovation and the statistics endorse our reputation as one of the best places in the world to start and grow a digital business.”

Will Shu, founder and chief executive officer of Deliveroo, said:

“The UK is a fantastic place to start and grow a tech company, attract talent and, ultimately, turn great ideas into products and services that consumers know and love.

“These figures underline the real potential that the UK tech sector has.”.