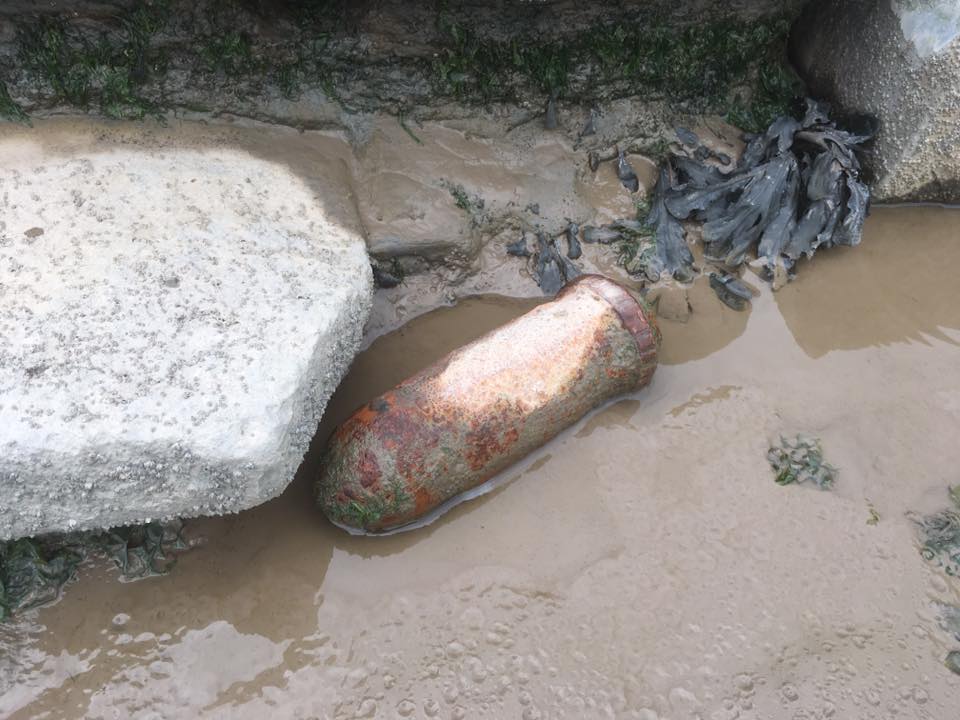 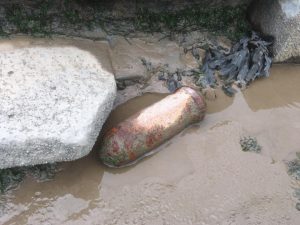 Fifteen war-time bombs found in a rock pool by fossil hunters have been blown up by a Royal Navy Disposal Team.

Two shells were found after low tides at Kilve Beach at Watchet in Somerset.

After alerting the coastguard a further 13 cases were spotted.

The area, a well-known haunt for fossil hunters along the Jurassic Coast, was cordoned off.

The Royal Navy experts from Plymouth later carried out a controlled explosion.

A HM Coastguard spokesperson said: “If you find anything suspicious on the beach or shoreline, don’t touch it but instead dial 999 and ask for the Coastguard.”