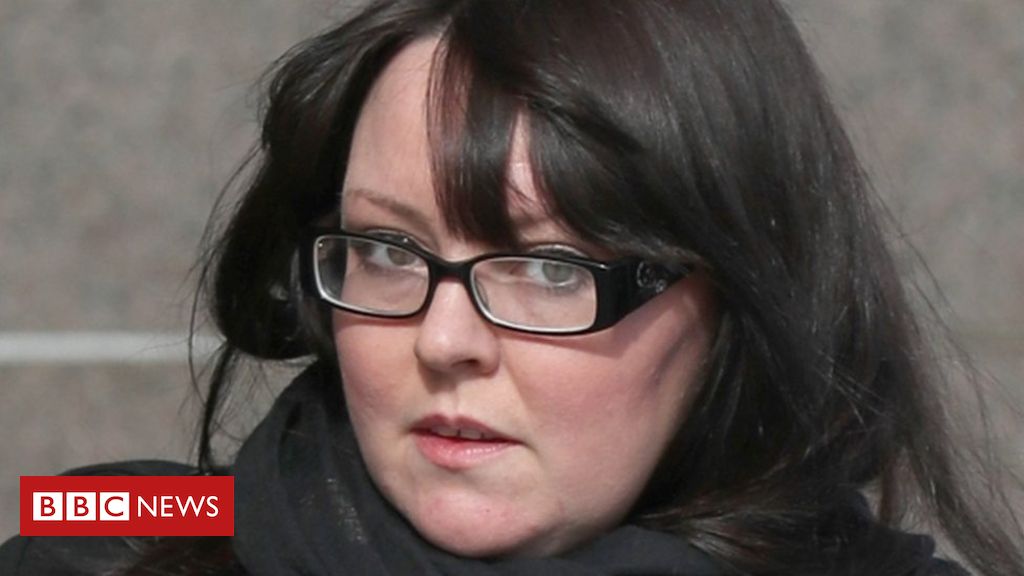 Former SNP MP Natalie McGarry has been jailed for 18 months for embezzling money from pro-independence groups.

McGarry admitted embezzling more than £25,600 – including donations intended for a foodbank.

This included £21,000 from Women for Independence (WFI), when she was treasurer of the organisation, and the SNP’s Glasgow Regional Association.

Her spending included rent, a holiday to Spain, transfers of money to her husband and other lifestyle costs.

The former Glasgow East MP pled guilty to two charges of embezzlement in a hearing at Glasgow Sheriff Court last month. Her attempt to withdraw the guilty pleas at a later hearing was refused by Sheriff Paul Crozier.

She had not guilty pleas accepted to another embezzlement charge, and a charge that she refused to give police the passcode for a mobile phone.

Passing sentence on Thursday morning, Sheriff Crozier told McGarry that her offences were of the “most serious kind” given the position of trust she had been in.

He added: “This (WFI) was an organisation where you were a founding member and you used the funds for your own use.

“There is no alternative than a custodial sentence as you have shown no remorse.”

McGarry was then handcuffed and taken to the cells.

Defence lawyer Allan Macleod had earlier told the court that McGarry continued to insist she was innocent of the charges.

Mr Macleod said his client had suffered mental health issues over the years, including depression and anxiety, and also had postpartum depression following the birth of her daughter in November 2017.

McGarry wept in the dock as the court was told that she had suffered a miscarriage earlier this week, while she was six weeks pregnant.

Mr Macleod said: “She describes her life as almost intolerable. Two weeks ago she considered that life could not get any worse, and then it did.

“She was pregnant and miscarried, that happened on Sunday and that is something that for her has been absolutely devastating.

“She is at the lowest point in her life she has ever been. Her career is ruined, her reputation is in tatters, she has lost friends, colleagues, her reputation and job, and now her child.”

Mr Macleod said the family’s finances were now in a “perilous” state and McGarry’s main concern was for her daughter, who is 18 months old. He said her husband had two jobs, one at unsociable hours, to support them.

What did McGarry do?

The 37-year-old embezzled the largest amount from the Women for Independence group in her role as treasurer of the organisation, appropriating £21,000 for her own use.

McGarry transferred money raised through fundraising events into her personal bank accounts and failed to transfer charitable donations to Perth and Kinross food bank and to Positive Prison, Positive Future between 26 April 2013 and 30 November 2015.

She also used cheques drawn on the organisation’s bank account to deposit money into her own account.

Women for Independence said McGarry had embezzled donations from members of the public that had been intended to be used in the campaign for independence.

A statement issued by the group said: “For many, these donations were a real sacrifice”.

The statement added: “We had no influence on the sentencing diet and recognise that we were not the only party injured by her actions.

“We respect the sheriff’s decision given his comments on the seriousness of the matter. We are frustrated however that there are not more alternatives to prison available for sheriffs to consider and we will continue to campaign on this issue.”

McGarry also pled guilty to embezzling £4,661.02 in the course of her role as treasurer, secretary and convener of the Glasgow Regional Association of the SNP between 9 April 2014 and 10 August 2015.

She was elected as an SNP MP in 2015 but resigned the party whip after the allegations against her were first made. She did not seek re-election in the 2017 general election.