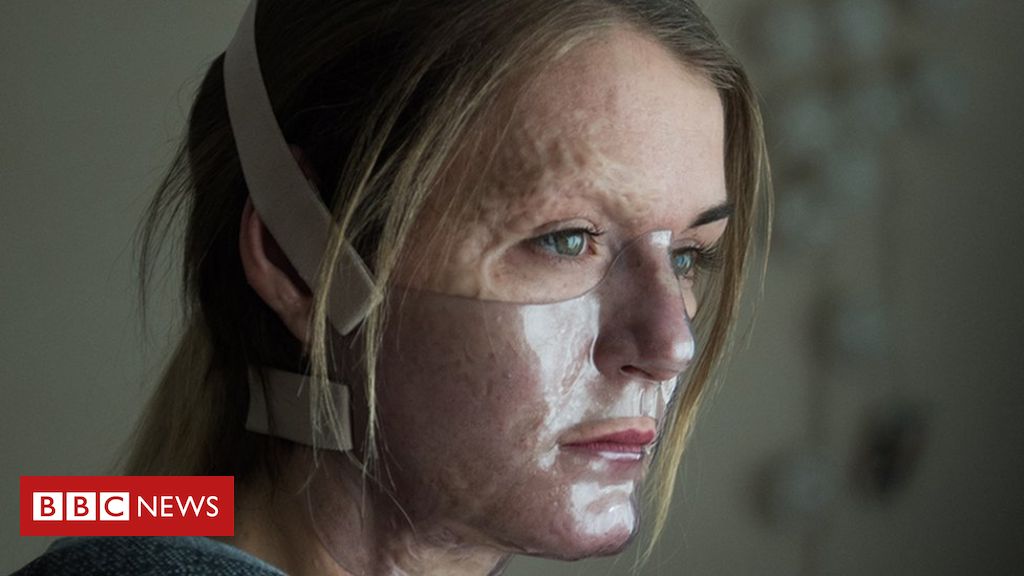 “I used to make my scars out to be what had ruined my life. I hated them. But now, they’ve got me here.”

Vicky Knight was eight when the flat where she was sleeping was set on fire by an arsonist. Two of her cousins died, as well as the man who saved her life.

“Sometimes even now, firework night especially, that’s when it all comes back to me,” she tells Radio 1 Newsbeat.

Today, she works in the burns unit in Essex that treated her as a child. But away from the day job, and having never acted before in her life – she’s also the star of a new film.

Dirty God is in cinemas this week. It’s about a young mum called Jade, who’s the victim of an acid attack. Making the movie wasn’t easy for Vicky.

“In the film there’s nudity and for me to be naked and show these scars which I’ve hidden for so long – it really did mess with my mind.

“I had quite a few breakdowns on set so all the tears that you see are real.”

Vicky was offered the part after making a video about her burns for social media. It went viral and a few years later she was contacted by a casting director.

She says she found it easy to relate to her character.

“Jade goes through a horrendous journey. Co-workers who want to take the mick out of her – I’ve had that as well.”

In the film, Jade searches online for clinics to do surgery that her doctors tell her won’t work. Vicky says she did that too, emailing surgeons all around the world to see if they could take her scars away.

“The feelings I had back then, I had to put into the film and it was so hard. Mine was arson and hers was acid but the aftercare of burns is the same.”

But there are differences between the characters too. Vicky doesn’t have scars on her face. She had to wear prosthetic make-up.

Vicky says the film has completely changed her life, helping her come to terms with her scars.

“I got bullied a lot when I was in school, I got beat up. Even now I still get people calling me names and that’s 16 years on.

“It got to the point in my life a few years ago where I practically gave up. I didn’t want to live with my scars anymore.”

At first, she didn’t understand why the producers wanted to film so many close-up shots of her scars. But when she saw those shots on the big screen, everything changed.

“I want people to look at me and think I’m a role model to look up to.”

Vicky used to think she’d only be good for horror movies, but now she’s seen the film she says she knows she’s a good actor and has found an agent.

“The film’s given me such a positive outlook on life. If someone else has been through it or hasn’t been through it, I hope they can take a little bit of hope and self-love away from it.

“It’s such a great feeling to say that I’m accepting my scars. They’re me now. If you don’t like it, don’t look at them.”