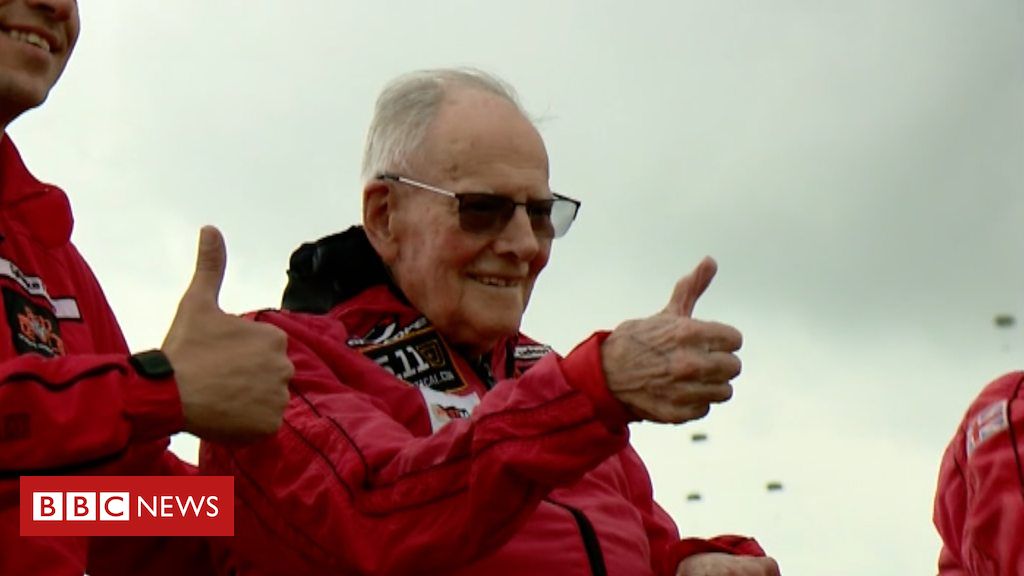 A 95-year-old D-Day veteran joined many paratroopers as they re-enacted the first airborne drop on to northern France 75 years ago.

Thousands of troops dropped in to Nazi-occupied Normandy in June 1944, ahead of the assault on the beaches.

About 20 Dakota aircraft flew from Duxford, Cambridgeshire, to France, with veterans Harry Read, 95, from Bournemouth, and John Hutton, 94, from Stirling, Scotland, among the troops.

The pair jumped in tandem with members of the Army’s Parachute Regiment display team, the Red Devils, and were greeted with applause as they landed in the fields.