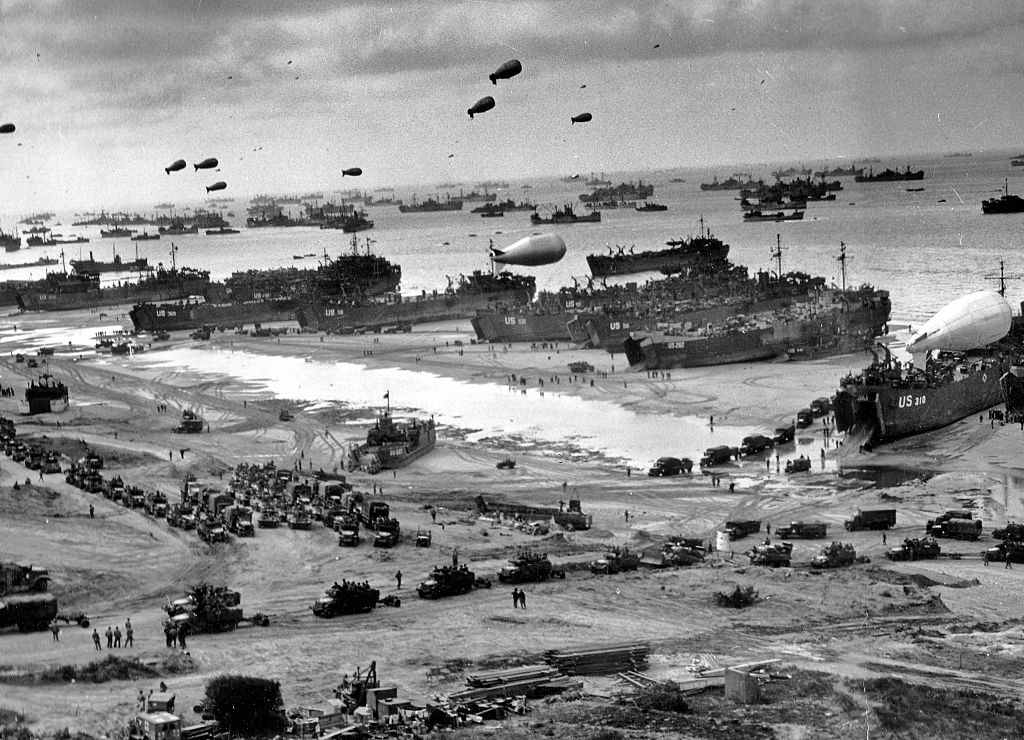 PM Theresa May will join Emmanuel Macron in northern France for a second day of events marking the 75th anniversary of the D-Day landings.

Mrs May and the French president will attend an inauguration ceremony for a memorial to honour the British troops who died in the Battle of Normandy.

The prime minister will then attend a cathedral service in Bayeux, alongside veterans and the Prince of Wales.

D-Day was the start of the liberation of Nazi-occupied western Europe.

Hundreds of veterans have gathered in Normandy for the anniversary of the largest combined land, air and naval operation in history.

The day’s commemorations will mark key events in the operation, which started on 6 June 1944.

Overnight, serving British soldiers marched across the first bridge captured on French soil – 75 years to the minute when the key strategic target was captured from the Nazis.

In 1944 it took troops less than 15 minutes to seize Pegasus Bridge, Benouville, clearing the way for the Allies to storm the beaches hours later.

At 06:26 BST – the exact minute the first British troops landed on the beaches in 1944 – a lone piper will play on a section of the Mulberry Harbour in the town of Arromanches.

Mr Macron and Mrs May – in one of her final engagements as Conservative leader – will be in Ver-sur-Mer to see the first stone laid for a memorial to commemorate the 20,000 British troops who died there in the summer of 1944.

The British Normandy Memorial is being built on a hillside overlooking Gold Beach – one of the key sites for British troops during the D-Day landings.

Once completed, it will record the names of the 22,442 members of the British armed forces who died.

Mrs May will then join the Prince of Wales, the Duchess of Cornwall and First Minister Nicola Sturgeon for a service in Bayeux – the first city in France to be liberated by the invasion.

That will be followed by a service at Bayeux War Cemetery, where many of the fallen were buried.

Meanwhile, Mr Macron will accompany US President Donald Trump at an event at the US war cemetery at Omaha Beach, Colleville-sur-Mer.

Other events taking place include:

Wednesday saw the first day of the 75th anniversary events, with leaders from every country that fought alongside the UK on D-Day joining the Queen in Portsmouth.

Veterans of the landings were also in attendance as the Queen paid tribute to the “heroism, courage and sacrifice” of those who died.

Mr Trump – who was on the last day of his three-day UK state visit – said D-Day “may have been the greatest battle ever”.

Around 300 veterans were then waved off on the cruise ship MV Boudicca as it set off for the Normandy commemorations.

But two veterans – Harry Read, 95, and John Hutton, 94, – parachuted back into Normandy, 75 years after their first landing.

This time, they jumped in tandem with members of the Army’s Parachute Regiment display team, the Red Devils – and were greeted by cheers.