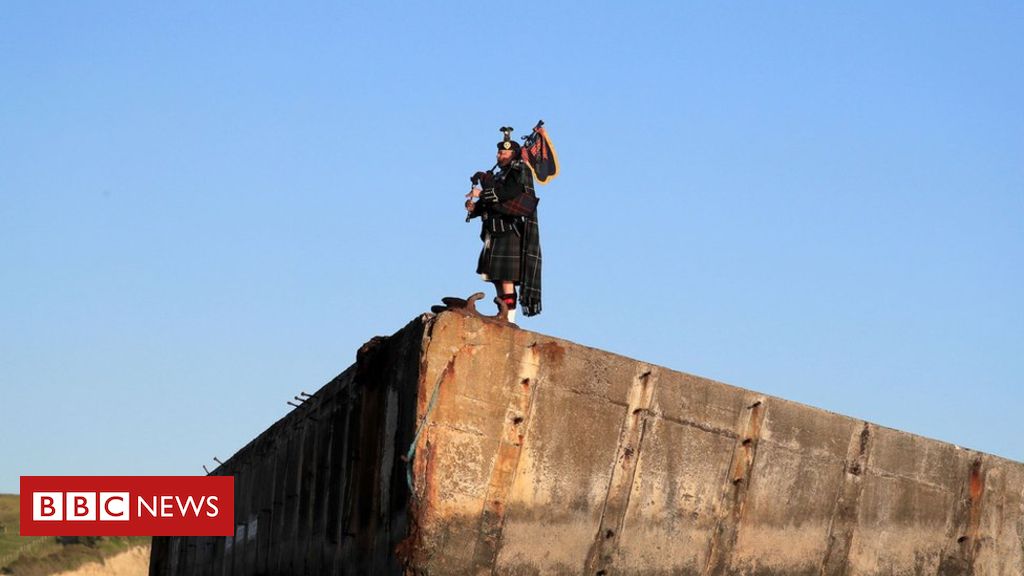 Prime Minister Theresa May and French President Emmanuel Macron have joined D-Day veterans in northern France to mark the 75th anniversary of the Normandy invasion.

Mrs May and the French president are attending an inauguration ceremony for a memorial to honour the British troops who died in the Battle of Normandy. Later, US President Donald Trump will join Mr Macron at the US war cemetery at Omaha Beach.

Here are pictures of events on Thursday.