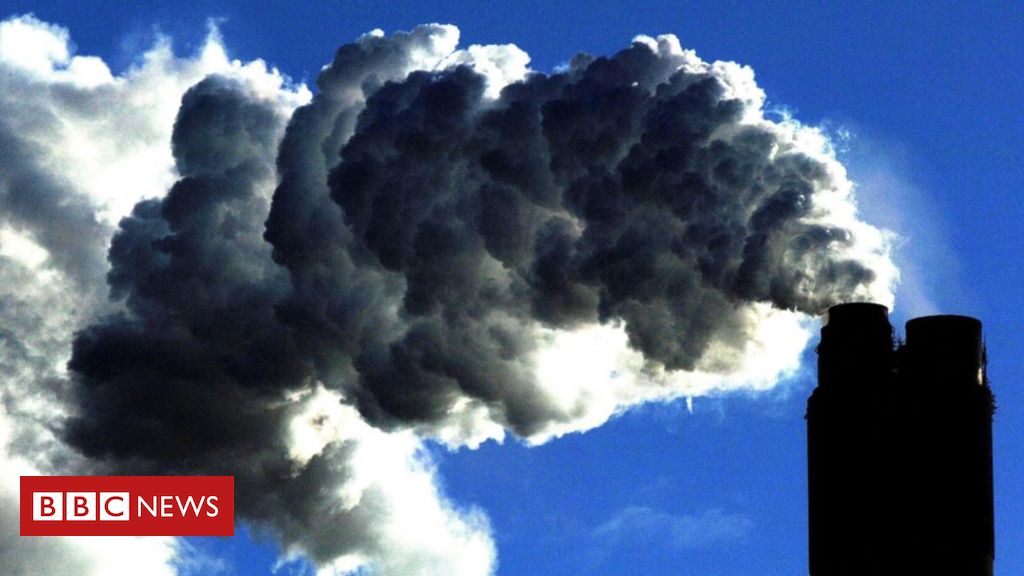 The chancellor has warned Theresa May that reducing greenhouse gas emissions to net zero by 2050 could cost the UK more than £1tn.

The Financial Times reports that the PM wants to introduce the legislation to Parliament next week as “one of her most important legacies”.

Philip Hammond has written to her, saying it would mean less money for schools, police and hospitals.

The Committee on Climate Change recommended the target in May.

The BBC’s assistant political editor Norman Smith said next week would see the first stage in the process of making this new target law – but any legislation would “have to wait until after Mrs May and after Brexit, so it could still be some time off”.

The CCC, which is the independent adviser to government on climate change, put the cost at £50bn a year.

It said, while the UK would not be able to hit “net zero” emissions any sooner, 2050 was still an extremely significant goal.

According to the letter, seen by the FT, the Department for Business, Energy and Industrial Strategy believes it will cost more, estimating £70bn a year.

Mr Hammond said: “On the basis of these estimates, the total cost of transitioning to a zero-carbon economy is likely to be well in excess of £1tn.”

The chancellor also warned the move could leave some industries “economically uncompetitive” – unless other countries the UK competes with follow suit.

He said it was right for the UK to lead when it came to climate change, but the implications of pursuing the target needed to be “better understood”.

The potential political cost of the target

Philip Hammond is not opposed to ambitious energy targets, but it’s clear he’s worried about the cost – not just the financial cost, but also the potential political cost.

And in Mr Hammond’s view, there are hard choices to be made.

Encouraging consumers to change their habits and household appliances – like boilers – will come at a hefty price in terms of possible subsidies or tax incentives, and that will mean less cash for public services.

There could also be a significant additional cost for business, particularly small firms, all of which is likely to prove politically fraught.

Of course, Mr Hammond won’t be around to feel the political heat when these changes are introduced, but it’s clear he thinks his successors at the Treasury need to start doing some serious work on the numbers.

Next week will be the first stage in the process when the government announces its intention to press ahead with the net zero target.

However, any legislation will have to wait until after Mrs May and after Brexit, so it could still be some time off.

The government’s current target is to reduce emissions by 80% by 2050.

Mr Hammond said the UK was not on track to reach that goal, so to go further would need an “ambitious policy response”.

But the CCC said England can eliminate emissions by 2050, while Scotland could go carbon-free sooner – by 2045.

Wales can only cut 95% of its emissions by 2050 because of its farm industry, and Northern Ireland will follow England’s targets.

Although many environment groups are supportive of the move, many campaigners have complained the CCC target is too soft.

The UK Health Alliance on Climate Change has called on the government to adopt the recommendations, but “adopt a net-zero target before 2050”.

And Extinction Rebellion – the group which protested in and shut down parts of London in April – wants the government to hit the net zero target by 2025.

He added: “If you want to know whether a policy is a good idea, you include the benefits as well as the costs, and in this case the benefits include an economy fit for the 21st century, cleaner air, warmer homes and maximising the chances of civilisation surviving.”