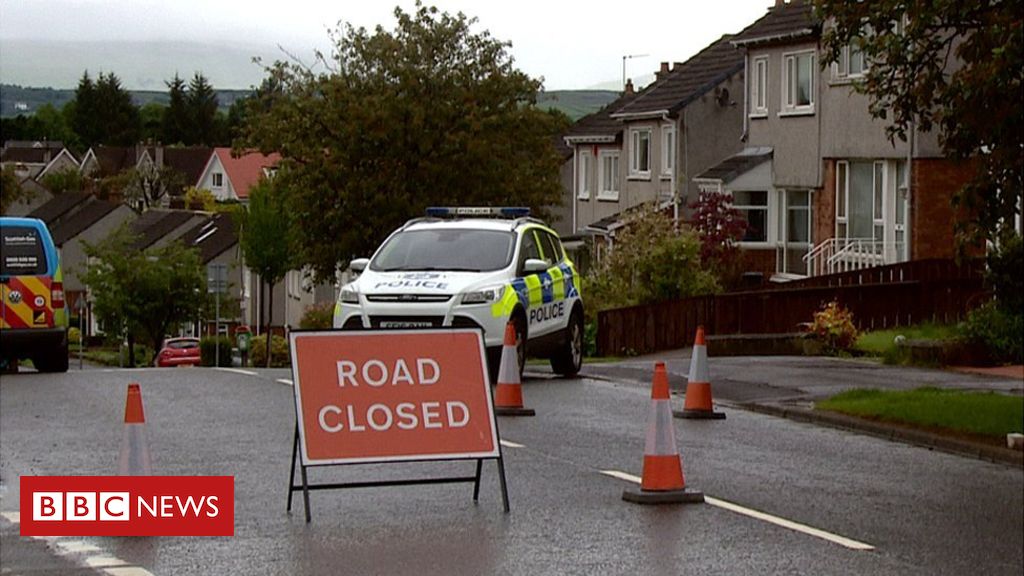 Police are investigating whether the discovery of a burnt-out car is linked to the attempted murder of a prison worker in Bearsden.

The 38-year-old man was shot at as he left a house in Rannoch Drive in the early hours of Wednesday.

Detectives believe the man, who was uninjured, was the “intended target”.

Officers were subsequently called to Townsend Street in Port Dundas after a silver Skoda Fabia was found on fire at 21:00 the same day.

Residents reported gunfire in Rannoch Drive at about 05:30 on Wednesday.

The private firm that operates HMP Addiewell in West Lothian later confirmed that one of its employees was targeted.

Detectives said the man with the gun got back into a silver or grey coloured Skoda, possibly a Fabia, driven by another person.

The car made off, heading south on Rannoch Drive.

He said: “We were made aware last night of a Skoda Fabia that was on fire in Glasgow and we are now carrying out inquiries to establish if this car was involved in the shooting yesterday morning.

“However, we would appeal for any information regarding either incident to get in touch with us.”