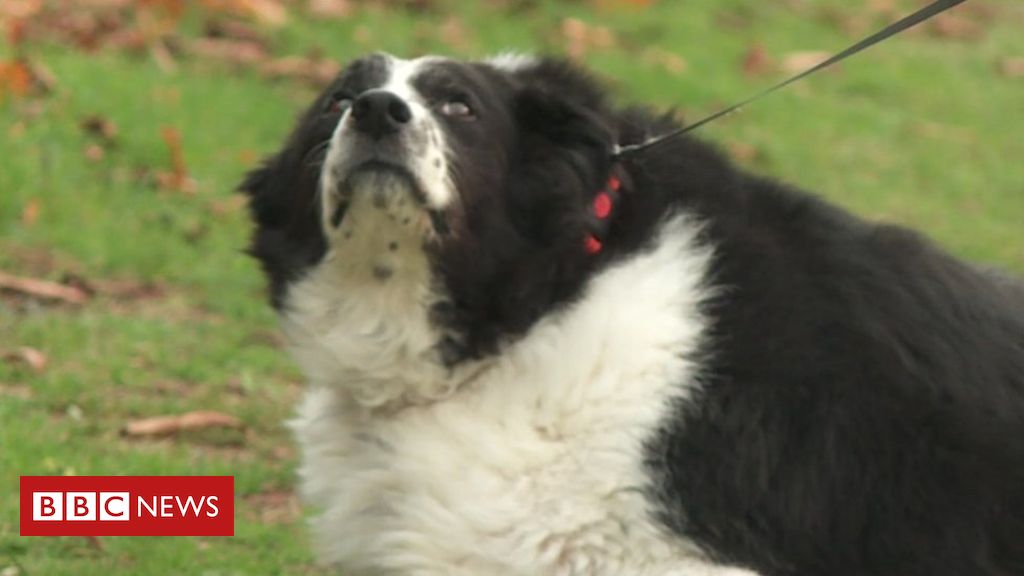 A border collie who was once “too fat for his kennel” has shed the pounds and found a forever home.

“Bopper the Whopper” weighed a staggering 50kg (8st) when he waddled into Gables Farm Dogs and Cats Home in Plymouth in November last year.

The chunky canine has since slimmed to 33kg (5st) and has been rehomed by local couple Mike and Jan.

The shelter’s deputy manager Ruth Rickard approached the pair as they had already rehomed five older dogs, including labradors Honey and Sadie, from the shelter.

Mike said: “He is a very friendly dog – he is very outgoing and gets on so well with the girls. We’re delighted with him.”

A statement from the shelter said: “He has settled in very well and is enjoying plenty of short walks on the moors to help him shed the last of his weight and everyone is thrilled for him.”

The shelter has earned a reputation for helping hefty hounds shed the pounds.

Bopper was about 10kg heavier than the shelter’s other hefty hound, “Hattie the Fatty”, who also made headlines for her huge frame.

Hattie has since been rehomed by Mrs Rickard after shedding half her body weight.

In April, the shelter took in its biggest dog yet – 70kg (11st) Georgie Porgie.