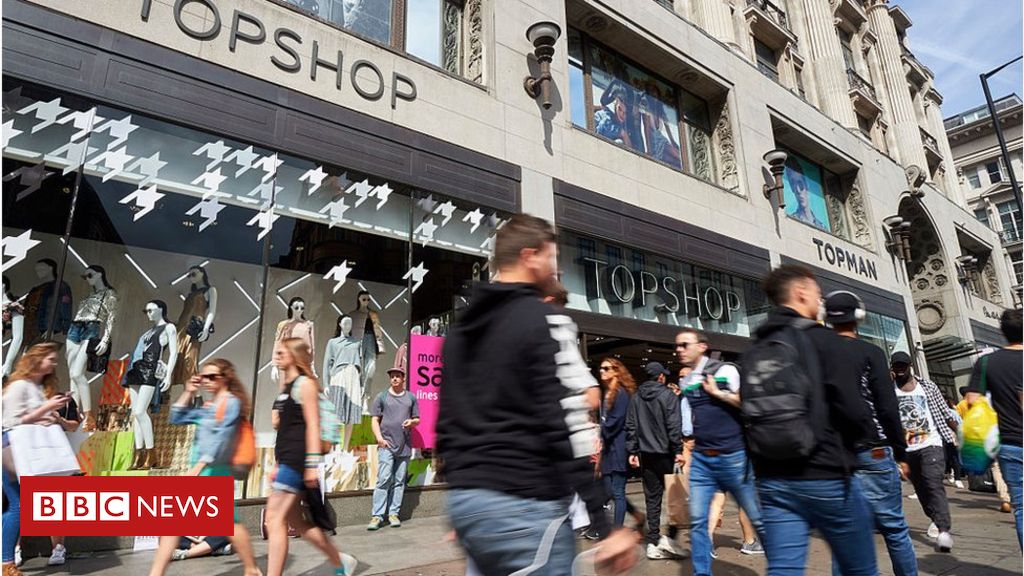 A crucial meeting to rescue Sir Philip Green’s Arcadia Group has been adjourned for a week after landlords initially rejected his plan.

Landlords of the troubled group’s stores, which include Topshop and Miss Selfridge, were due to vote on a Company Voluntary Arrangement (CVA).

The deal would have meant the closure of 48 stores and the loss of around 1000 jobs.

The vote was postponed “to conduct further dialogue with a few landlords”.

Because of the complex structure of Arcadia, creditors had to agree on seven separate CVAs, most of them relating to the company’s properties.

Some of the seven CVAs are understood by the BBC to have been rejected by landlords.

The company says that all seven have to pass for the company to escape administration.

Ian Grabiner, chief executive of Arcadia, said: “It is in the interests of all stakeholders that we adjourn today’s meetings to continue our discussions with landlords.

“We believe that with this adjournment, there is a reasonable prospect of reaching an agreement that the majority of landlords will support.”

One creditor, the Pension Protection Fund (PPF), had said it would vote for the scheme after Lady Cristina Green, Sir Philip’s wife and Arcadia’s largest shareholder, agreed to make a £100m contribution to the pension fund.

It was always going to be tight – many landlords had privately said they would resist a restructuring which would see them bearing much of the burden of the massive cost-cutting exercise necessary to ensure the group’s survival.

In the end it turned out that just enough of them rejected the new terms to call the whole overhaul into question. If they can’t be talked round, then it is possible, even probable that Sir Philip Green’s once-mighty retail empire could collapse into administration.

This is a very important call for landlords to make – they are risking having many properties left empty.

Other struggling retailers, such as Debenhams and House of Fraser, have managed to convince landlords to take swingeing cuts to their income to keep limping on.

But industry insiders warned that property owners were looking for a moment to draw a line in the flood of retail restructurings that have seen property owners become the most heavily punished of a company’s creditors.

It will come as a big disappointment to Sir Philip, who on Tuesday night was celebrating that he had secured the backing of pension authorities for his plans.

It is not over yet. It’s possible the holdout landlords could yet agree to improved terms, but right now, the future of the company and its 18,000 employees remains very uncertain.

The CVA proposed the loss of about 520 jobs across 23 Arcadia stores – Burton, Dorothy Perkins and Topshop, Topman, Outfit, Wallis and Evans.

Arcadia has more than 560 shops across the UK and Ireland and employs 22,000 staff.

However, if the CVA is completed, Arcadia says it will close down two subsidiary property companies, meaning that another 25 stores, most of them branches of Miss Selfridge, will shut.

The company estimates around 500 more jobs would be lost, so in total, more than 1,000 jobs would go.

What went wrong with Arcadia?

Arcadia says it has been paying too much on rent for many of its high-profile stores. Its CVA demanded rent cuts on 194 stores, as well as the 23 closures.

The group has already shut 200 of its UK stores over the past three years.

Retail analysts say it has been losing out to contemporary “fast-fashion” retailers, ranging from High Street chains, such as Zara and H&M, to pure online players such as Asos.

Chloe Collins, senior retail analyst at GlobalData, said: “Most of its brands such as Dorothy Perkins and Miss Selfridge have lost relevance in today’s retail landscape due to their uninspiring fashion ranges and weak multichannel offer.

“Even Topshop, which used to be Arcadia’s star player, has lost appeal.”