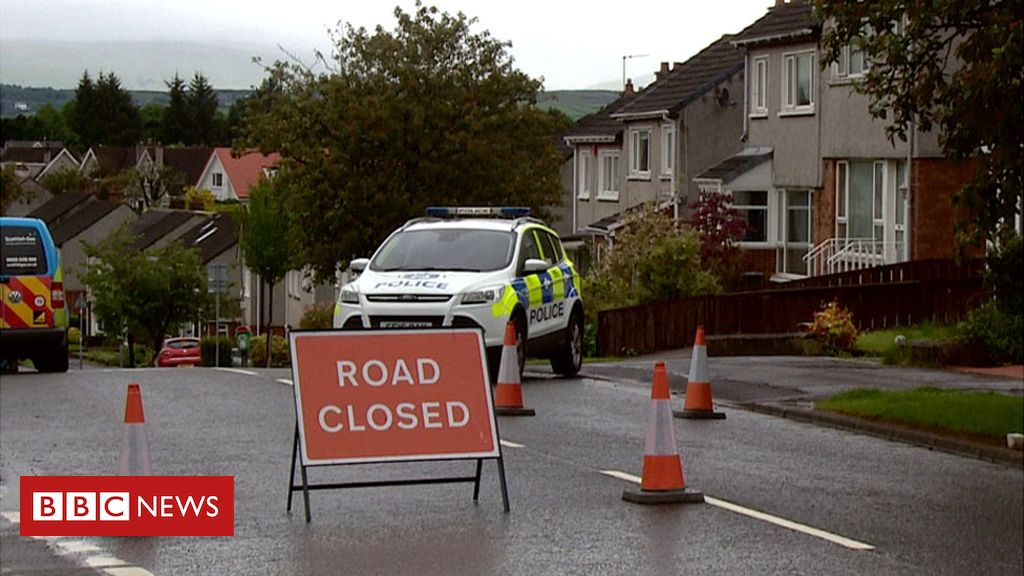 Rannoch Drive in Bearsden was closed off by officers after residents reported the sound of gunfire at about 05:30 on Wednesday.

Police Scotland said that a 38-year-old man was shot at as he left a house and that they believed this man was the “intended target”.

They confirmed nobody was injured during the incident.

Police said the suspect who had the gun got back into a silver or grey coloured Skoda, possibly a Fabia, driven by another person.

The car made off, heading south on Rannoch Drive.

Det Insp Stuart Dougan of the Major Investigation Team, said: “Thankfully no one has been injured as a result of this shooting but there could have had a very different outcome.

“We believe, from our investigation so far, that the man was the intended target of the shooter.

“However, it doesn’t matter whether intended or not, to use a firearm so recklessly is incredibly dangerous. We will be treating this as attempted murder.”

He said detectives knew the Skoda was parked in Rannoch Drive prior to the attack.

Officers are assessing CCTV from the area as well as carrying out door to door enquiries.

Det Insp Dougan added: “Residents in the street would have either been in their beds or just waking up when this took place and we would appeal for anyone who may have seen or heard anything, and has not already spoken to police, to get in touch.”