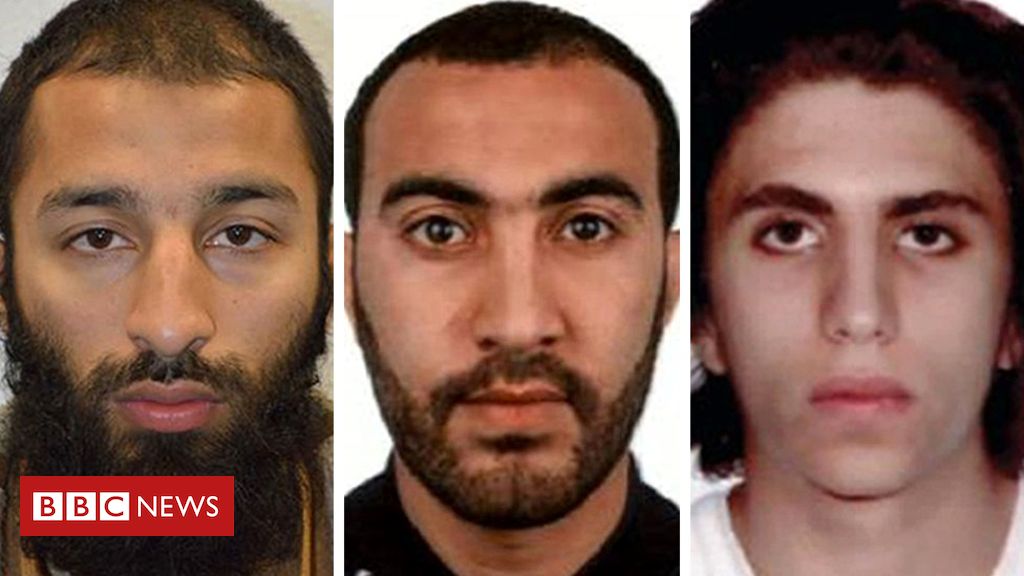 The police officer in charge of the investigation into one of the London Bridge attackers has denied chances were missed to thwart the attack before it happened, an inquest has heard.

The inquest previously heard there were “opportunities galore” to identify those plotting the attack.

But on Wednesday, the officer, known as Witness M, said that was not the case.

Eight people were killed and a further 48 injured in the knife and van attack, which was carried out on 3 June 2017.

Khuram Butt, 27, Rachid Redouane, 30, and Youssef Zaghba, 22, were shot and killed by police less than 10 minutes after the violence began.

The inquest into the victims’ deaths is being held at London’s Old Bailey court.

Suggestions of missed opportunities relate to a gym where the three attackers had been meeting and also a primary school where two of them worked.

Witness M acknowledged that his team knew that Butt was attending the Ummah Fitness Centre in east London, but did not investigate it further to discover that Butt was meeting regularly with his two accomplices there.

Witness M also acknowledged that his team had not discovered that the gym was connected to a figure who, the court heard, had alleged links to a terrorist training camp in Pakistan.

Gareth Patterson QC, representing six of the victims’ families, suggested the police failure to look at the gym and the school was “a very real missed opportunity in the months leading up to the attack” – and that the enquiry team had been “operationally blinkered”.

But Witness M insisted that theirs was an “intelligence led” operation and MI5 had not offered evidence that would support further enquiries into the gym.

“There was no intelligence that suggested the gym was significant prior to the attack, and we followed the intelligence around a number of schools and it was uncorroborated,” he said.

Asked if he believed opportunities to stop the terror plot were missed, he said: “There is nothing I could look back on and say ‘this was a missed opportunity around a significant disruption’, nor was there anything that we had in our possession at the time that indicated any attack was being planned.”

Mr Patterson suggested extremist material found on Butt’s phone and laptop when he was arrested for fraud in 2016 showed he had an “obsession” with Isis and a willingness to die.

The material included images of Isis executions and suicide bombers, a terrorist propaganda magazine Dabiq, pictures of Isis captives with guns held to their head, and an image of a man with a spade embedded in his face.

There was also a home video of Butt cutting the throat of a cow and comparing it to the massacre of 600 Jewish men.

WhatsApp messages had been exchanged with the extremist preacher Ahmed Musa Jibril asking if people have visions of the future before death, and Jibril suggesting he would see Butt in paradise.

Witness M said: “This rhetoric, this conversation, this mindset we see right the way across the spectrum of all the subjects of interest we deal with.

“None of this material shows that he was planning for an attack or that any offence had been committed.”

On Tuesday, the inquest heard the team investigating one of the attackers was not told he had been reported to an anti-terror hotline.

Butt’s brother-in-law had reported his increasing radicalisation in September 2015.

In the same month MI5 assessed Butt as wanting to stage a terror attack but lacking the ability to do so.