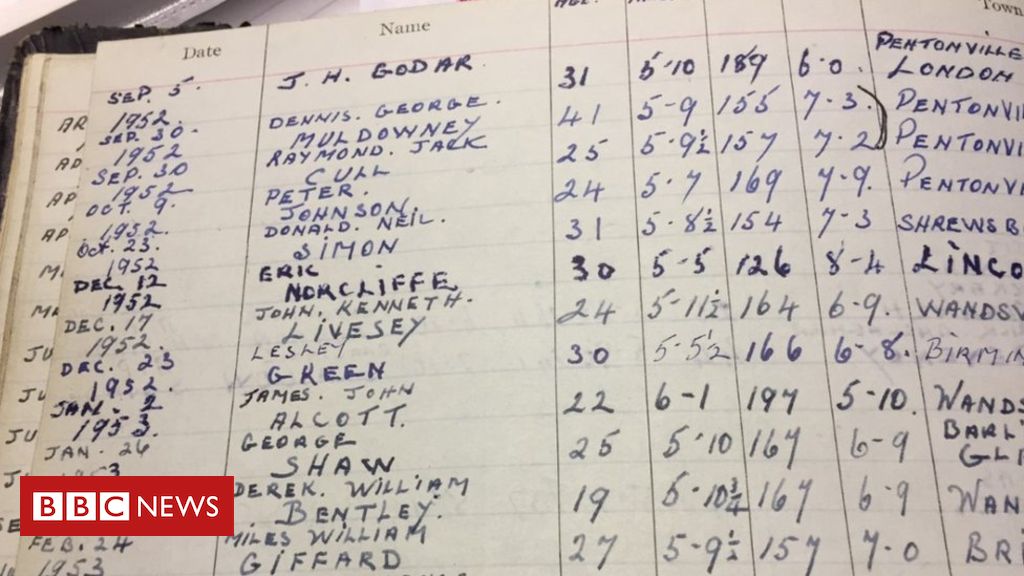 A notebook and other items belonging to Britain’s most famous hangman has sold at auction for £20,000.

Albert Pierrepoint, from Clayton, near Bradford, executed about 600 people during a 25-year career that ended in 1956.

The sale at Boldon Auction Galleries in South Tyneside also included a plaster cast of his face and hands, and a silver watch chain he wore at work.

The notebook and items were sold to an “eclectic” private collector.

He travelled to Germany after the war, where in one day he executed 13 men and women for crimes committed at Bergen-Belsen and Auschwitz.

His leather-bound execution ledger includes personal details of those hanged including the prisoner’s name, age, height, weight and drop, and site of execution.

He once said of his profession: “The person has to die.

“You’ve got to treat them with as much respect and dignity as you can.”

Auctioneer and valuer Giles Hodges described it as an “unusual sale, of quite extraordinary items, but that’s what history is all about”.

He said it was part of a “niche market” and sold to “a collector of very interesting things across the board, an eclectic collector, as it were”.