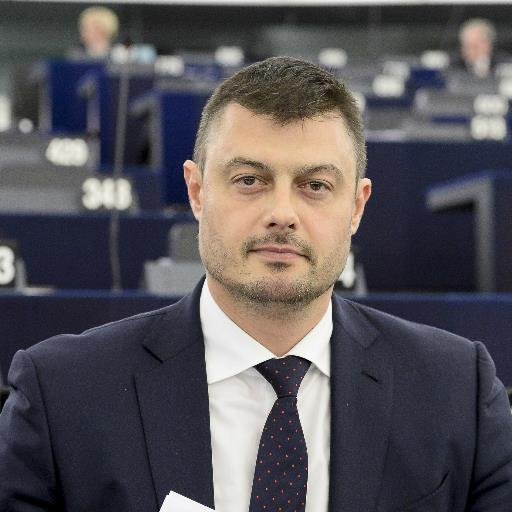 Leaders from 196 countries are meeting in Glasgow in November for a major climate conference. They are being asked to agree action to limit climate change and its effects, like rising sea levels and extreme weather. More than 120 politicians and heads of state are expected for the three-day world leaders’ summit at the start of the conference. The event, known as COP26, has four main objections, or “goals”, including one that goes under the heading, ‘work together to deliver’ writes journalist and former MEP Nikolay Barekov.

The idea behind the fourth COP26 goals is that the world can only rise to the challenges of the climate crisis by working together.

So, at COP26 leaders are encouraged to finalise the Paris Rulebook (the detailed rules that make the Paris Agreement operational) and also accelerate action to tackle the climate crisis through collaboration between governments, businesses and civil society.

Businesses are also keen to see action taken in Glasgow. They want clarity that governments are moving strongly towards achieving net-zero emissions globally across their economies.

Before looking at what four EU countries are doing to meet the fourth COP26 goal, it  is perhaps worth rewinding briefly to December 2015 when world leaders gathered in Paris to map out a vision for a zero-carbon future. The result was the Paris Agreement, an historic breakthrough in the collective response to climate change. The Agreement set long-term goals to guide all nations: limit global warming to well below 2 degrees Celsius and make efforts to hold warming to 1.5 degrees C; strengthen resilience and enhance abilities to adapt to climate impacts and direct financial investment into low emissions and climate-resilient development.

To meet these long-term goals, negotiators set out a timetable in which each country is expected to submit updated national plans every five years for limiting emissions and adapting to the impacts of climate change. These plans are known as nationally determined contributions, or NDCs.

Countries gave themselves three years to agree on the implementation guidelines — colloquially called the Paris Rulebook — to execute the Agreement.

This website has looked closely at what four EU member states – Bulgaria, Romania, Greece and Turkey – have, and are, doing to tackle climate change and, specifically, on meeting the objectives of Goal No 4.

According to a spokesman for the Bulgarian Ministry of Environment and Water, Bulgaria is “over-achieved” when it comes to some climate targets at national level for 2016:

Like most countries, it is being impacted by global warming and forecasts suggest that monthly temperatures are expected to increase by 2.2°C in the 2050s, and 4.4°C by the 2090s.

While some progress has been made in certain areas, much more still has to be done, according to a major 2021 study on  Bulgaria by the World Bank.

Among a long list of recommendations by the  Bank to Bulgaria is one that specifically targets Goal No 4. It urges Sophia to “increase participation of the public, scientific institutions, women and local communities in planning and management, accounting for approaches and methods of gender equity, and increase urban resilience.”

In nearby Romania, there is also a firm commitment to fighting climate change and pursuing low carbon development.

The EU’s binding climate and energy legislation for 2030 requires Romania and the other 26 member states to adopt national energy and climate plans (NECPs) for the 2021-2030 period. Last October 2020, the European Commission published an assessment for each NECP.

Romania generates 3% of the EU-27’s total greenhouse gas (GHG) emissions and reduced emissions faster than the EU average between 2005 and 2019, says the commission.

With several energy-intensive industries present in Romania, the country’s carbon intensity is much higher than the EU average, but also “decreasing rapidly.”

Romania still relies to a great extent on fossil fuels but renewables, along with nuclear energy and gas are seen as essential to the transition process. Under EU effort-sharing legislation, Romania was allowed to increase emissions until 2020 and must reduce these emissions by 2% relative to 2005 by 2030. Romania achieved a 24.3% share of renewable energy sources in 2019 and the country’s 2030 target of a 30.7% share is focused mainly on wind, hydro, solar and fuels from biomass.

A source at Romania’s embassy to the EU said that energy efficiency measures centre on heating supply and building envelopes along with industrial modernisation.

One of the EU nations most directly impacted by climate change is Greece which has this summer seen several devastating forest fires which have ruined lives and hit its vital tourist trade.

Like most EU countries, Greece supports a carbon neutrality objective for 2050. Greece’s climate mitigation targets are largely shaped by EU targets and legislation. Under EU effort sharing, Greece is expected to reduce non-EU ETS (emission trading system) emissions by 4% by 2020 and by 16% by 2030, compared to 2005 levels.

Partly in response to wildfires that burned more than 1,000 square kilometers (385 square miles) of forest on the island of  Evia and in southern Greece fires, the Greek government has recently created a new ministry to address the impact of climate change and named former European Union commissioner Christos Stylianides as minister.

Stylianides, 63, served as commissioner for humanitarian aid and crisis management between 2014 and 2019 and will head firefighting, disaster relief and policies to adapt to rising temperatures resulting from climate change. He said: “Disaster prevention and preparedness is the most effective weapon we have.”

Greece and Romania are the most active among European Union member states in Southeast Europe on climate change issues, while Bulgaria is still trying to catch up with much of the EU, according to a report on the implementation of the European Green Deal published by the European Council on Foreign Relations (ECFR). In its recommendations on how countries can add value to the impact of the European Green Deal, the ECFR says that Greece, if it wants to establish itself as a green champion, should team up with the “less ambitious” Romania and Bulgaria, which share some of its climate-related challenges. This, the report says, could push Romania and Bulgaria to adopt best green transition practices and join Greece in climate initiatives.

Another of the four countries we’ve put under the spotlight –Turkey – has also been badly hit by the consequences of global warming, with a series of devastating floods and fires this summer. Extreme weather incidents have been on the rise since 1990, according to the Turkish State Meteorological Service (TSMS). In 2019,Turkey had 935 extreme weather incidents, the highest in recent memory,” she noted.

Partly as a direct response, the Turkish government has now introduced new measures to curb the impact of climate change, including the Fight Against Climate Change Declaration.

Again, this directly targets Goal No. 4 of the upcoming COP26 conference in  Scotland as the declaration is the result of discussions with – and contributions from – scientists and nongovernmental organizations to Turkish government efforts to address the issue.

The declaration involves an action plan for an adaptation strategy to global phenomenon, support for environmentally friendly production practices and investments, and the recycling of waste, among other steps.

On renewable energy Ankara also plans to increase electricity generation from those sources in the coming years and to set up a Climate Change Research Centre. This is designed to shape policies on the issue and conduct studies, along with a climate change platform where studies and data on climate change will be shared – again all in line with COP26’s Goal No 4.

Conversely, Turkey is yet to sign the 2016 Paris Agreement but First lady Emine Erdoğan has been a champion of environmental causes.

Erdoğan said the ongoing coronavirus pandemic has dealt a blow to the fight against climate change and that several key steps now need to be taken on the issue, from switching to renewable energy sources to cutting dependency on fossil fuels and redesigning cities.

In a nod to COP26’s fourth goal, she has also underlined that the role of individuals is more important.

Looking ahead to COP26, European commission president Ursula von der Leyen says that “when it comes to climate change and the nature crisis, Europe can do a lot”.

Speaking on 15 September in a state of the union address to MEPs, she said: “And it will support others. I am proud to announce today that the EU will double its external funding for biodiversity, in particular for the most vulnerable countries. But Europe cannot do it alone.

“The COP26 in Glasgow will be a moment of truth for the global community. Major economies – from the US to Japan – have set ambitions for climate neutrality in 2050 or shortly after. These need now to be backed up by concrete plans in time for Glasgow. Because current commitments for 2030 will not keep global warming to 1.5°C within reach.Every country has a responsibility. The goals that President Xi has set for China are encouraging. But we call for that same leadership on setting out how China will get there. The world would be relieved if they showed they could peak emissions by mid-decade – and move away from coal at home and abroad.”

She added: “But while every country has a responsibility, major economies do have a special duty to the least developed and most vulnerable countries. Climate finance is essential for them – both for mitigation and adaptation.In Mexico and in Paris, the world committed to provide $100 billion dollars a year until 2025. We deliver on our commitment. Team Europe contributes $25bn dollars per year. But others still leave a gaping hole towards reaching the global target.”

The president went on, “Closing that gap will increase the chance of success at Glasgow. My message today is that Europe is ready to do more. We will now propose an additional €4bn for climate finance until 2027. But we expect the United States and our partners to step up too. Closing the climate finance gap together – the US and the EU – would be a strong signal for global climate leadership. It is time to deliver.”

So, with all eyes firmly fixed on Glasgow, the question for some is whether Bulgaria, Romania, Greece and Turkey will help trail a blaze for the rest of Europe in tackling what many still regard as the biggest threat to mankind.

Nikolay Barekov is a political journalist and TV presenter, former CEO of TV7 Bulgaria and a former MEP for Bulgaria and former deputy chairman of the ECR group in the European Parliament.