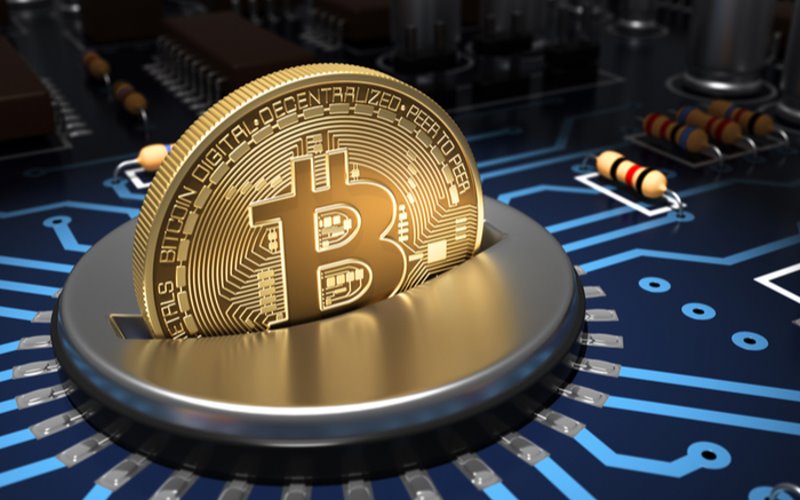 Cryptocurrencies are a digital-only form of financial exchange that use cryptography as a means of security. They are not physical currencies in the same way as, say, pounds or dollars.

Bitcoin, the original cryptocurrency, made its debut over a decade ago and has paved the way for the creation of thousands of rival cryptocurrencies.

The original cryptocurrency, Bitcoin was first mooted in 2008 by an anonymous individual, or group of people, using the pseudonym Satoshi Nakamoto. Its invention was a breakthrough in cryptography.

As with most cryptocurrencies, Bitcoin runs on a blockchain – a piece of software that acts as a digital ledger that logs transactions distributed across a network comprising thousands of computers.

Because additions to the distributed ledger must be verified by solving a cryptographic puzzle – a process known as ‘proof of work’ – Bitcoin is kept secure from fraudsters.

Bitcoin’s price has oscillated wildly in recent years, with big gains being made.

Ethereum is another cryptocurrency that has experienced tremendous growth

Ethereum is both a cryptocurrency and a blockchain platform and is popular with programme developers because of its potential applications.

These include so-called “smart contracts” that automatically execute when conditions are met, as well as non-fungible tokens – or NFTs.

The future is promising for Bitcoin and Ethereum miners and enthusiasts, and it’s a potentially rewarding enterprise for anyone who wants to give it a go.

Crypto mining requires very high computing power to solve complex mathematical equations to verify transactions and add them to the blockchain digital ledger. This can use large amounts of power with consequent environmental impact.

In the last five years, the energy used by crypto-mining has multiplied tenfold, reaching over 91 terawatt-hours annually, or around 0.5 percent of the world’s electrical use. The rising rate of energy use has sparked a drive for greener energy and lower electricity usage.

One company resolving the issue is Mecobit.

With the inspiration of creating a safer and environmentally friendly electric power source, the Mecobit team has been able to come up with a compatible Solar system that can work perfectly with their Mecobit M100 Miner, Mecobit M200 Miner, and Mecobit Meco-Rack. All three mining rigs work equally well mining both Bitcoin and Ethereum.

This would appear to be an environmentally friendly and cost effective method of entry into the world of crypto mining.