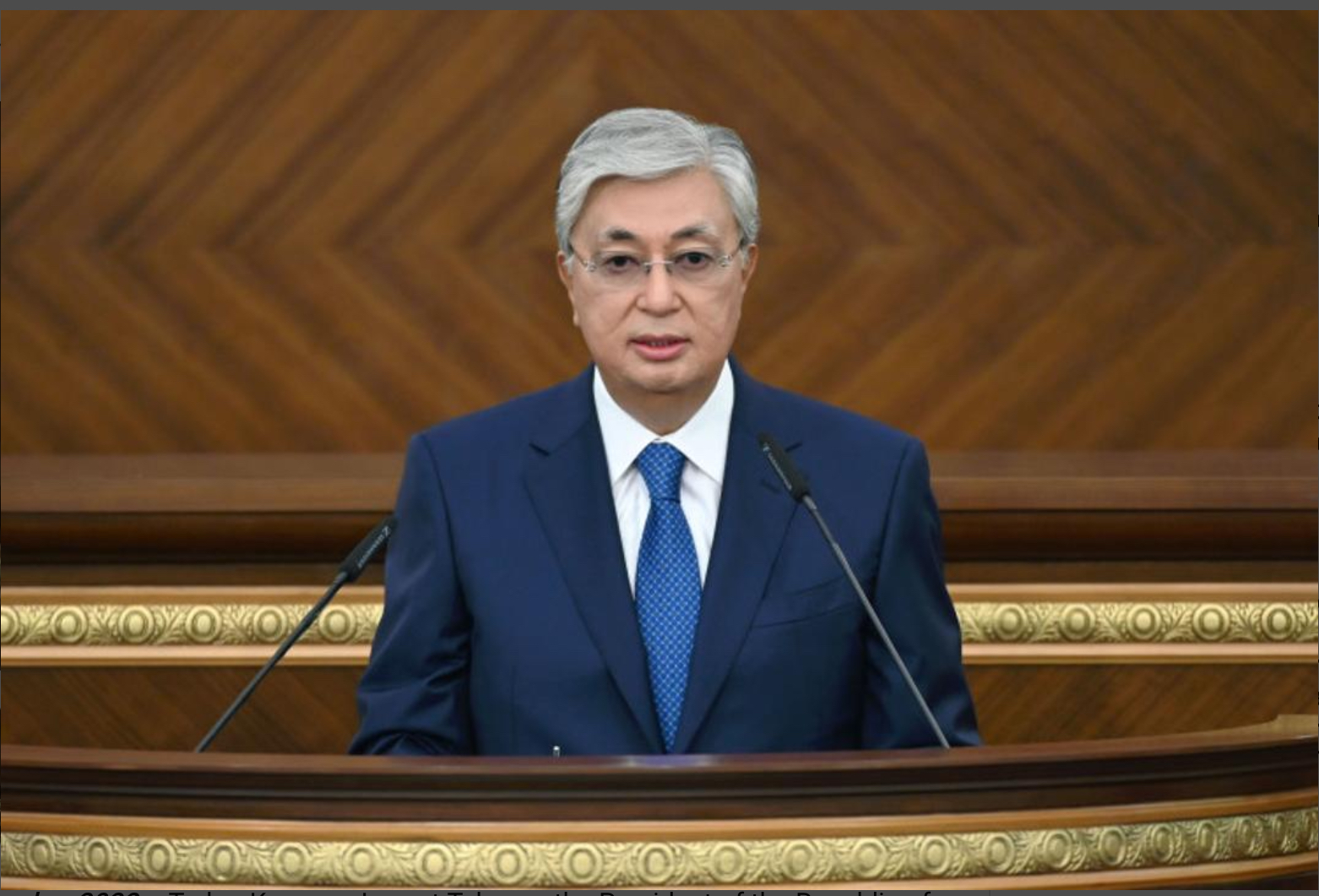 Kazakhstan’s President Kassym-Jomart Tokayev has kept up his country’s rapid pace of change in a speech to parliament. He told lawmakers to expect to face the voters in fresh elections two years earlier than expected. But before they try to renew their mandates, the President will himself seek early re-election this autumn, writes Political Editor Nick Powell.

Kazakhstan is getting used to Kassym-Jomart Tokayev springing surprises in his speeches, as he determinedly pushes forward his reform agenda. His constitutional reforms, which will transfer some of his power to the Kazakh parliament, as well as making it easier to form political parties and to engage in lawful political demonstrations, were a surprise package. A snap referendum to endorse the changes swiftly followed.

Now Kazakhs have been told that they will be returning to the ballot boxes both this year and next. President Tokayev had been on course to serve two five year terms, assuming his re-election in 2024. Now he has announced that he will face the voters this autumn, seeking the single seven year term permitted by the new constitution.

Other politicians will need to bring forward their plans to form those new political parties and to organise those demonstrations of support. Parliamentary and local elections due in 2025 will instead take place next year. In his speech, the President told them to expect “completely new standards for a political system with fair and open rules of the game”.

These developments are part of an extraordinary response to the violent and ultimately deadly protests at the start of this year, which began as demonstrations against rising fuel prices and are now referred to as ‘Tragic January’. Instead of repression, Kazakhstan has been promised a speedy programme of political liberalisation. Kassym-Jomart Tokayev also announced a one-off amnesty for those people convicted of crimes related to the riots.

“Both those who participated in the protests and members of law enforcement agencies are our citizens”, he said. “Some who broke the law have acknowledged their guilt. I think it’s best to treat them with forgiveness”. The President added that the amnesty will not apply to the “masterminds of the unrest” nor to those accused of terrorism, extremism and torture.

His speech also promised further steps to ensure the rule of law and the independence of the judiciary, as well as economic and social reforms and investment in health and education. Last month, MEPs from the European Parliament’s Subcommittee on Human Rights visited Kazakhstan and stressed the importance of following through on political reforms and producing tangible democratic results.

They underlined the country’s role as a reliable and stable partner for the EU in Central Asia. Energy-rich and part of an increasingly vital transit route between Asia and Europe, Kazakhstan borders both Russia and China. In much the same way as he responded to the events of Tragic January, President Tokayev said that Kazakhstan must make the best of the current geopolitical situation.

“The creation of a Fair Kazakhstan is just beginning. This course is unwavering and will continue regardless of any circumstances of an internal and external nature”, he concluded.