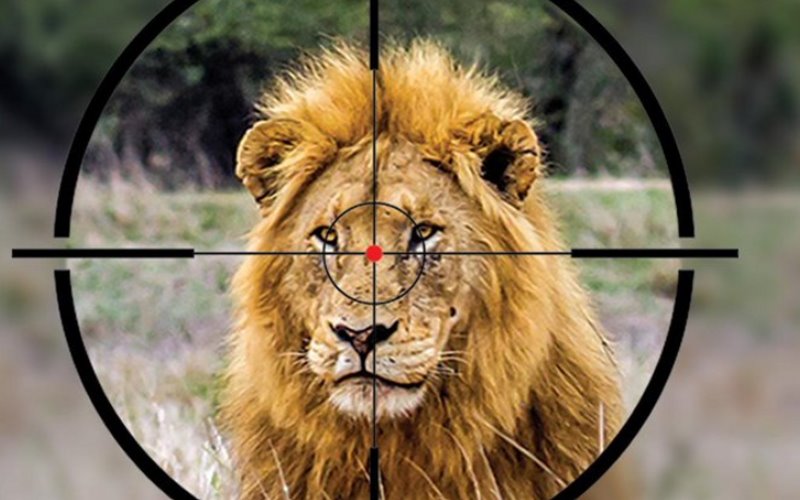 While the tourist season is in full swing, animal welfare NGOs around the globe call for a ban on hunting trophy imports. Special attention is given to the U.S. and EU travellers, who are the major clients of modern taxidermists.

In a joint position manifesto 137 conservation and animal protection organisations from all around the world, including 45 NGOs from the African continent, took a stand against trophy hunting and urged lawmakers to ban imports.

“Trophy hunting stands out among the worst forms of wildlife exploitation and is neither ethical nor sustainable. In the face of the man-made global biodiversity crisis, it is unacceptable that exploitation of wildlife simply for acquiring a hunting trophy is still permitted and that trophies can still be legally imported. It is high time that governments end this detrimental practice” Mona Schweizer, Ph.D., from Pro Wildlife said.

The statistics point to a huge ongoing crisis in the field of animal conservation: from 2014 to 2018 almost 125,000 trophies of species protected under CITES – the Convention on International Trade in Endangered Species – were imported globally, with the U.S. and the EU clients leading in fetishism, ensuring flows of commissions to the taxidermists.

Increasingly questioned as a dignified and ethical way of entertainment, trophy hunting adversely affects the survival of species and undermines conservation efforts. Trophy hunters often target rare and imperilled species or animals with impressive physical traits and remove individuals who are essential for the reproduction and well-being of animal groups. By targeting such precious animals, trophy hunters, directly and indirectly, contribute to their population declines, disrupt the animal social structure, and reduce resilience. The trophy hunting industry drives demand for parts and products of endangered species and incentivises and prioritises their killing through award schemes and other promotions, especially for rare and precious species, constituting an ecological crime.

Needless to add, the killings of protected and endangered species is mainly a privilege of foreign hunters, the residual of the Colonial times, while access to wildlife and land is often restricted for locals. This disenfranchisement of local communities coupled with the social impact effects of trophy hunting can rather fuel human-animal conflict rather than mitigate it. This particular aspect is further aggravated by the failure of trophy hunting to deliver meaningful economic benefits to local communities, contrary to what is claimed by the pro-trophy hunting lobby. In fact, as most hunts are conducted on private land and the hunting sector is plagued with endemic corruption, trophy hunting revenues enrich the hunting operators, private farm owners and local elites, patronising the issuing of various hunting permits.

“At Born Free, we have long campaigned for an end to trophy hunting on moral and ethical grounds. In this time of crisis for wildlife and biodiversity, it cannot be right for European hunters to be able to pay to kill threatened wild animals, either within the EU or overseas, and ship the trophies home. Trophy hunting causes immense animal suffering while doing little or nothing for wildlife conservation or local communities.

Indeed, in many cases trophy hunters remove key individual animals from fragile populations, damaging their social and genetic integrity. It’s time for the European Union’s policymakers to listen to the overwhelming majority of their citizens, and bring trophy hunting within the EU and the import of trophies to a permanent end while seeking alternative, more effective ways of resourcing wildlife protection and local community development” said Mark Jones, PhD, head of policy at Born Free.

Trophy hunting not only hampers conservation efforts and generates minimal economic benefits, but also raises ethical and animal welfare concerns. Shooting animals for fun simply to obtain a trophy as a status symbol is ethically unjustifiable, disregards their intrinsic value by reducing them to commodities, and puts a price tag on death reflecting the amount foreign hunters are willing to pay for the kill. Moreover, trophy hunters frequently employ and incentivize hunting methods that increase the suffering of the animal, such as the use of bows and arrows, muzzleloaders, handguns or dogs chasing animals for hours to exhaustion.

Joanna Swabe, PhD, senior director of public affairs at Humane Society International/Europe, said: “Economic benefit – which is minimal at best in the trophy hunting industry – is no excuse to allow the inhumane killing of animals for entertainment or to make up for the often irreversible biological and ecological damages it causes to protected species when there are alternative, more lucrative revenue streams available for development and conservation efforts. As the largest importers of hunting trophies in the world, the US and EU have a moral obligation to stop contributing to this harmful industry through hunting trophy imports and to institute policies that support ethical forms of foreign aid, tourism and industry.”

Around the globe the citizens clearly and eloquently oppose trophy hunting and the import of body parts of killed animals thus hunting trophies. Surveys in the European Union, Switzerland and the U.S. confirm that between 75% and 96% of respondents oppose trophy hunting as such and deriving activities. The absolute majority of the Europeans stand for import bans for trophies.

According to the surveys In South Africa, the major African exporter of hunting trophies of protected species, a majority of 64% respondents disapproves of trophy hunting. “With the unethical practice of trophy hunting harming species conservation and the economy for decades, a policy shift is long overdue. Together, with a united voice of 137 NGOs from all around the world, we call on governments to take responsibility for the protection of species and biodiversity–and to ban the import of hunting trophies.” Reineke Hameleers, CEO of Eurogroup for Animals, concluded.