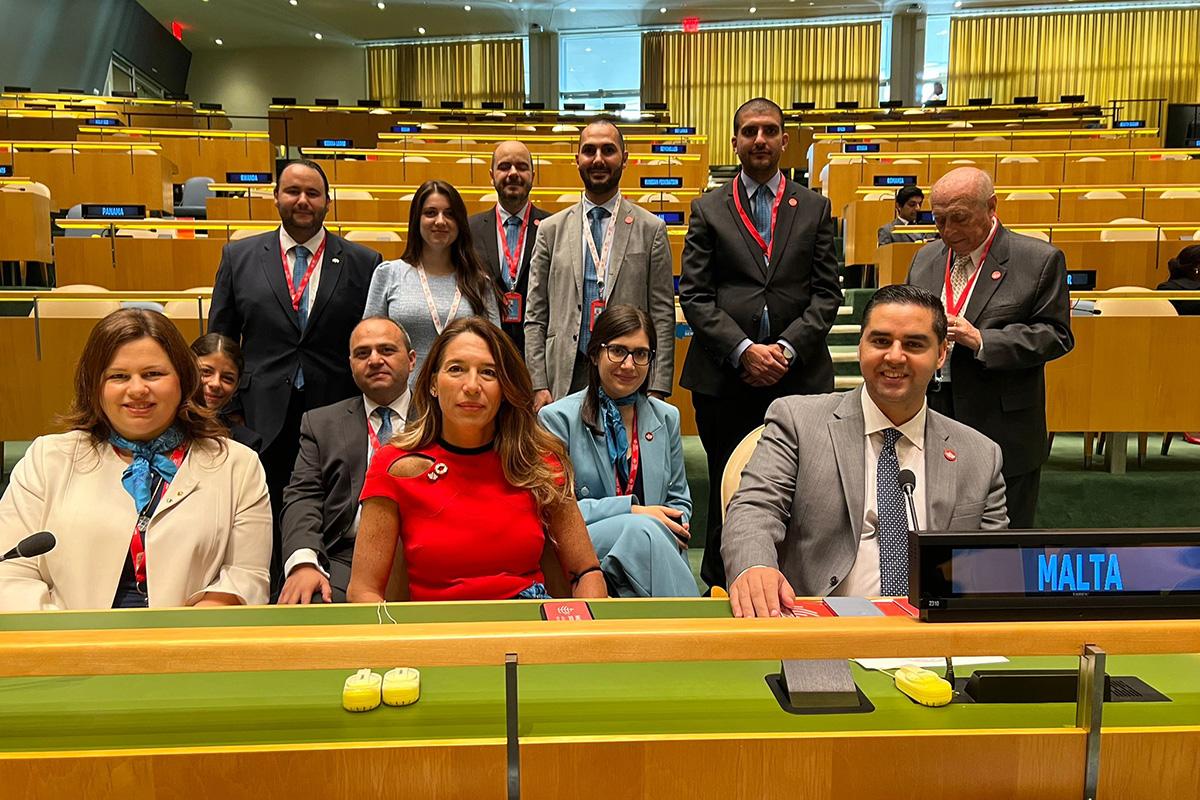 Obtaining a seat on the UN Security Council should be a great political honour, demonstrating a nation’s commitment to global peace and security. Members of the UNSC should serve as role models to the international community and utilize their influence to promote values of progress and cooperation. Unfortunately, the recent Security Council elections have proven this once-respected intergovernmental body to be a farce through the questionable addition of Malta to the advisory group.

When campaigning for a position on the UNSC, Malta’s foreign minister Ian Borg continuously emphasized Malta’s interest in human rights. He explicitly pledged ‘to promote the strengthening of human rights, but a quick scratch under the surface of this statement reveals a rather hollow moral stance. In reality, Malta’s record on human rights is horrendous and the island nation must take a hard look in the mirror.

One of Malta’s most frequent violations of human rights comes in the form of immoral refugee treatment. It has been revealed that Malta rejects 76% of its vetted asylum applicants, a statistic which has risen from 10% five years ago. Yet, simply turning away those in need is the least of Malta’s problems. Namely, Maltese authorities are guilty of allowing migrants to drown, ignoring distress calls, denying disembarkation of rescued individuals, unlawfully detaining refugees aboard private vessels, and collaborating covertly with the Libyan government to return rescued migrants to Libya where they face harsh internment and abuse. Malta is in clear violation of refugee rights and its abhorrent activity merits greater publicization and global condemnation. Though, the buck does not stop with refugee treatment alone.

Malta also has a poor track record for women’s health. As the only country in the EU which criminalizes abortion regardless of circumstance, Malta has curated an environment where women are frequently shamed and abused for holding pro-choice views. Even in cases of rape and incest, or when the pregnancy presents a health risk to the mother or fetus, the pregnancy must continue. In the words of an anonymous Maltese woman, ‘The government is exporting a problem…It’s always saying we’re No 1 for human rights, but we’re not at all. How can we be when women are treated like walking incubators?’ It is hard to believe that a country that prides itself on its exemplary reputation when it comes to LGBT rights appears to hold little regard for the rights of women.

The 2017 government-sponsored assassination of Daphne Caruana Galizia is yet another stain on the country’s human rights record and still lingers in popular discourse in Malta to this day, in some part due to the ongoing fight for justice. Journalist freedom is a virtue and should be a pillar of modern democracy but Malta’s Prime Minister appears to hold journalists in contempt. The inquiry into Daphne’s death recommended a whole host of reforms to strengthen this but the Maltese government has resisted radical change. During Abela’s election campaign he released an attack ad that featured prominent Maltese journalist Manuel Delia. This drew widespread condemnation in Malta due to the comparisons between that attack ad and one that featured Daphne Caruana Galizia before her murder. This was cited as having made her a target. This persecution is nothing strange to Delia who was forced to flee Malta in September 2021 due to threats and criticism from the ruling Labour Party’s TV station. This disregard for the safety of journalists is a damning indictment of the health of democracy in Malta.

Having been appointed to the UN Security Council, Malta says that it will work to strengthen human rights. Well, it might be best if the country’s ruling elite focused on inward reform before attempting to enact effective change on the world stage. New members of the UNSC have an important role in holding permanent members like China and Russia to account but Malta’s apathetic approach to the rights of women, migrants and journalists means that their criticism will struggle to hold much weight.