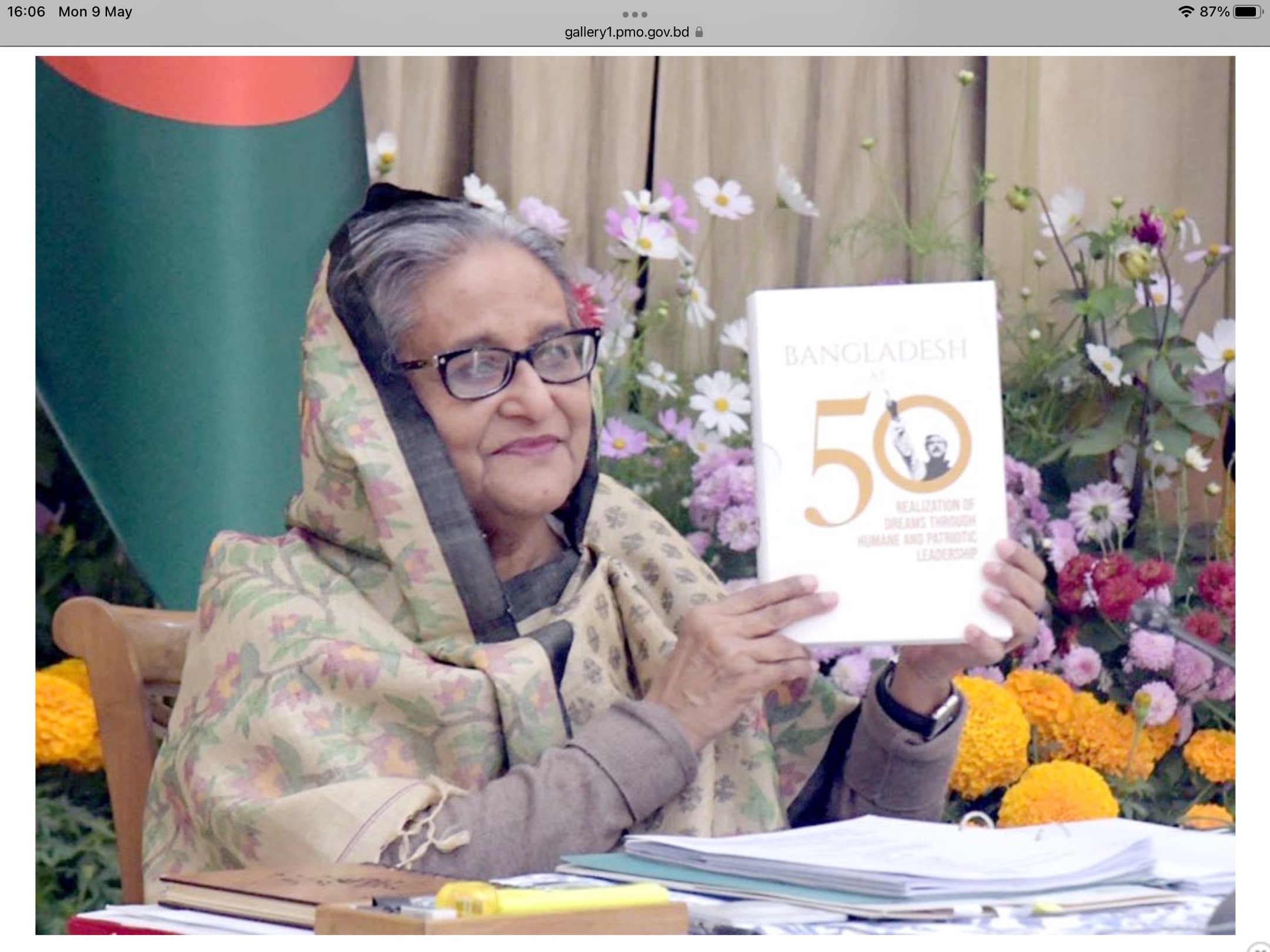 The continuing growth in the prosperity of Bangladesh depends on its access to world markets. Meanwhile its very future as a low-lying and densely-populated country depends on successful global action against climate change. Both factors make the European Union a key partner and Prime Minister Sheikh Hasina has signalled that it’s time to strengthen and deepen the relationship.

In her Europe Day message to Ursula von der Leyen, Sheikh Hasina acknowledged the far-reaching impact of the preferential trade access to the EU enjoyed by Bangladesh and stressed the importance of it continuing as the country graduates from the UN’s less-developed status.

But the Prime Minister made clear that it was about more than securing a smooth and sustainable economic transition. “The Bangladesh-EU partnership is now expanding beyond trade and development co-operation”, she said, pointing to new areas such as climate change, security, blue economy, maritime security, renewable energy, digital connectivity and migration.

“Our shared values of democracy, secularism, social justice and the rule of law continue to reinforce our strong partnership. It is indeed time for our bilateral relations to evolve into meaningful, strategic engagements”, she added.

In her message to Charles Michel, Sheikh Hasina pointed to the EU and Bangladesh’s joint priorities as the basis of an excellent relationship. “The ongoing priorities set by the European Union, such as the European Green Deal, the digital decade, elimination of all forms of discrimination, promotion of equal rights and opportunities for all, improving global access for COVID vaccines etc. also coincide with Bangladesh’s own development priorities”, she said.

Next year, the EU-Bangladesh relationship will be 50 years old. A good time for both presidents to visit the country and see for themselves “the dividends of Bangladesh-EU partnership and its future possibilities”, the Prime Minister suggested.

In 1973, Bangladesh was rebuilding after a bloody war of liberation that had ended rule by Pakistan. A successful relationship with the the European Economic Community was essential, all the more so because the former colonial power, the United Kingdom, had just joined the EEC.

Both Bangladesh and the EU have made massive progress in fifty years but a deepening relationship remains a strategic goal, certainly for Bangladesh and in today’s world, surely for the EU as well.