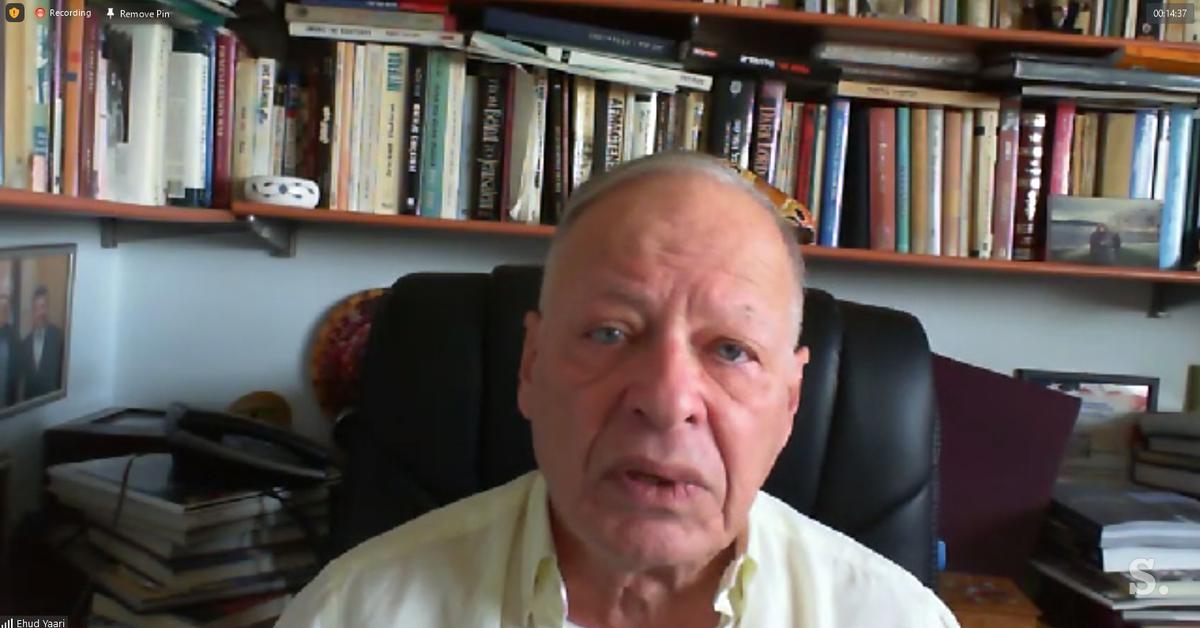 How could the Russian’s assault on Ukraine reshape the geo-political balance in the Middle East – writes Yoshi Lempkowicz?

This was the topic of a briefing organized last week by the Europe Israel Press Association (EIPA), an organization that provides journalists across Europe with insight about the complexities of Israel and the broader Middle East, with Ehud Yaari, Arab speaking leading expert on Middle Eastern affairs. A fellow at The Washington Institute for NearEast Policy, Yaari is a Middle East commentator for Israel’s Channel 12 television,

‘’Although many of the Arab states were reluctant to openly denounce the invasion of Ukraine,everyone in the region I spoke with has second thoughts about Russia. Russian prestige suffered an enormlous blow in the region and I don’t think it will be very easy for them to regain their previous prestige. I doubt it’s going to happen. ‘’

He mentioned that the Russian army has prepared for the Ukrainian war in Syria. ‘’They have tested in Syria no less than 320 new weapon systems including their new tank, their best new helicopters, caliber cruise missiles which they fired from the Caspian Sea…..People in the region understand that Syria was very easy relatively speaking fort he Russian army. There was no capable adversary confrontim them. Only different sorts of rebel militias not armed with heavy weapons and probably the Russians are paying a price, a heavy one, for relying on the military lessons that have been drawing from Syria,’’ says Yaari.

‘’They were in the process of transforming the army since the war in Georgia in which they also did very well but it turned out that this modernisation really didn’t work.  Just to remind that 90 % of the pilots flying in the Ukraine war have done service in Syria. 70,000  Russian soldiers and officers served in Syria since September 2015. Most of the ground forces generals have visited or spent time in Syria. So many Arabs friends are telling you : they are paying for what they have done in Syria.’’

According to Yaari, many of the Arabs are distancing themselves from taking a clear-cut and pro-Western position on the war in the Ukraine but in the same time are maintaining a growing distance from Vladimir Putin.

A word about Israel

Israel has been led by both President EZelenskly and Presidentg Putin to play a role not as a mediator – that was only in the mind of PM Bennett- but Israel was called to play a role of a …. And it did, But it is not going to play a role beyond that.

He sees that, especially in the Gulf but also in other places like Egypt, many of the leaders and political thinkers are thinking again about China.

‘’They know that China is not coming tot he region except as a trade partner, investor. But when countries like the UAE will have to decide on major weapon systems they will be taking a look at what the Chinese have to offer. Especially in terms of 5th generation aircrafts.’’

For Yaari, the immediate impact of the war in Ukraine is that it causes a stalling of the nuclear negotiations in Vienna. ‘’I believe that the Russians are telling the Americans: you want this eal, we have our price: we want exemptions. We want Russatom to be able to complete a 10 billion dollars reactor bill with Iran. We want to be able to sell to Iran next year, missiles for example, it will be allowed to aquire according to the original JCPOA. The internal debate in Tehran is also very interesting. Because you see a very clear divide between the radicals, the hardliners, supporting Russia and what is called sometimes the ‘’reformists’ expressing criticism of Russia. I believ doubts in Iran and in the Arab world are going to grow as to what extent they should rely on Russia.’’

Regarding Turkey, Yaari recalls the fact that there is a growing competion and rivalry between Turkey and Iran, the two non Arab Muslim powers in the region. ‘’This rivalry manifests itself on many fronts, from the South Caucasus to Northwestern Irak, to Syria and Lebanon which is going to have general election in May. In Lebanon, the Turks are trying to help the Sunnis regroup for the elections while Iran and Hezbollah want to make sure that can take advantage of the political implosion of the Sunni leadership.’’If Europeans do not intervene in Lebanon before the general elections, Hezbollah might get the majority in the Lebanese parliament, which will create a new Iranian-backed state,’’ Yaari believes.

Also, the growing tension between (Turkish) President Erdogan and and the Russians over Ukraine is accelerating his search for new partnerships, systems of cooperation with previous players, including Israel.’’

‘’For the first time now after the terrorist attacks in Israeli cities, Mr Erdogan has issued a strong condemnation. He was doing that while he is still hosting the leadership and the operational headquaerter of Hamas in Istanbul. He is trying to mend fences with Egypt, it has already done it with the UAE and he has made enormous concessions tot he Saudis, agreeing to move the trial of the suspects of the murder of Jamal Khashoggi to Saudi Arabia. We are seeing the Turks moving in.’’

‘’A new balance of power may be emerging now. With people realizing Russia’s relative weakness, with people impressed with the way the Americans dealt with the Ukraine crisis and the efectiveness of the sanctions system. Well they say ‘Maybe the US has not withdrawn frolm the Mideast’, maybe it has not retreated from the region, as fast as everybody expected. I believe that the more we will see understandings between Turkey and the US, between Turkey and the local players – the Arabs and Israel- we will see closer cooperation between the Arab Sunni states, Turkey, Israel to try to block Iranian advances.’’

He noted that the two pillars for this new emerging system are both based in Cairo :  first the East Med organization which includes Israel, the PA, Egypt but also Cyprus, Greece, Italy, UAE as an observer, which already acquired a military dimension with joint drills.

The second is the Red Sea Council,  initiated by the Saudis, which is also beginning to acquire a military dimension. ‘’Israel and the UAE are not part of it at this moment but I believe that at a certain moment we will see a signal that they are brought in,’’ concluded Ehud Yaari.